Al-Hawari: Jordan on track to vaccinate 70 percent of population

Al-Hawari: Jordan on track to vaccinate 70 percent of population 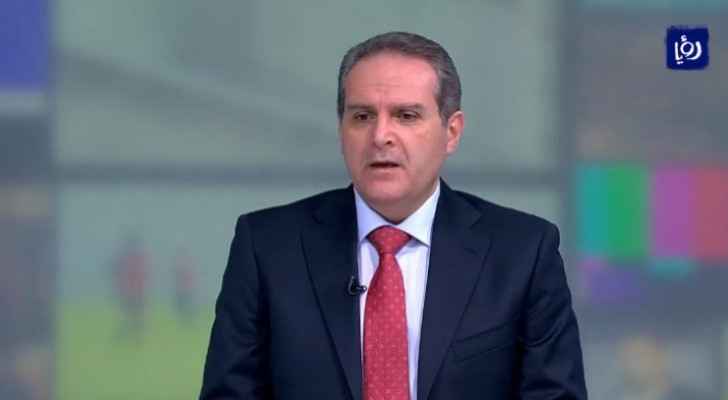 Sunday, the Minister of Health, Dr. Feras Al-Hawari, said that Jordan is going through a lull in the epidemiological situation. He indicated that the vaccine crisis has begun to recede, and the Kingdom is heading towards the goal of vaccinating 70 percent of its population.

He added, during his meeting with the Chinese ambassador to Jordan Chen Chuan Dong, after receiving a new batch of Sinopharm vaccines as a donation to Jordan from the Chinese government, that Jordan is working to ensure that the vaccine shortage is not an obstacle to controlling the epidemic, indicating that Jordan has made tremendous efforts to provide vaccines to citizens and residents.

The Minister of Health stressed the strength of relations between Jordan and China and their joint efforts to combat the epidemic through measures and vaccinations.

He said that the Chinese vaccine is one of the most used vaccines in the world, and it is safe and effective, and 200 million people have been vaccinated from it in China, calling for no hesitation in taking the vaccine.

The Chinese ambassador to Jordan said, "Today we celebrate all of our solidarity in the fight against COVID-19. We remember the valuable support provided by the Jordanian people at the beginning of the epidemic, and at the same time China has provided much assistance to Jordan, including medical and other materials of aid, and if this indicates anything, it indicates the depth of the friendship that binds us, which I cherish so much.”

The ambassador affirmed that China stood by Jordan in its battle against Covid-19, stressing that vaccines have become a powerful weapon to defeat the virus and restore the economy and normal life for people.

He added that despite the huge demand for the vaccine in the motherland of China, the Chinese government was able to purchase vaccines for Jordan and is happy to donate another batch of vaccines to the Jordanian people.

He pointed out that Jordan is one of the countries that took the lead in this global vaccine endeavor, as it was the first country to provide the vaccine to refugees, and also participated in Sinopharm trials.