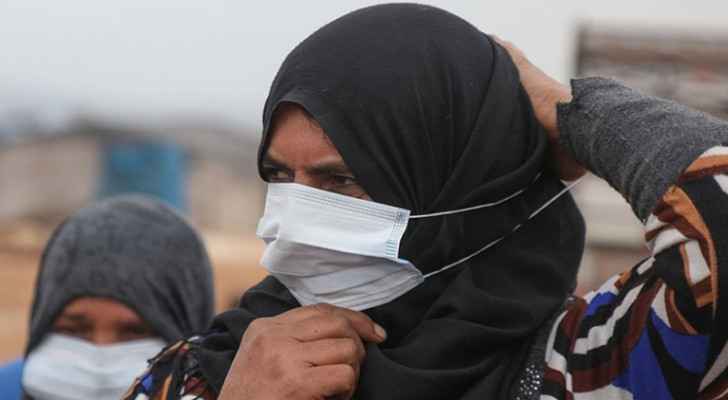 Thursday, the Syrian government announced that it had received the first batch of coronavirus vaccines through the COVAX initiative, according to what official media reported.

The country is has been witnessing an acceleration in the spread of the pandemic in recent weeks and overcrowding in intensive care departments.

The first batch, according to what the World Health Organization announced in a statement, includes 203,000 doses of AstraZeneca vaccines, "purchased from the Indian Serology Institute through the COVAX facility."

At the beginning of the year, Damascus signed an agreement to join the "COVAX" initiative.

In its first stage, the World Health Organization, the United Nations Children's Fund and the Global Alliance for Vaccines and Immunization  are seeking to provide about one million doses of AstraZeneca vaccine to cover the needs of three percent of the population in government-controlled areas and those under Kurdish control.

The arrival of the batch came the day after the rebel factions' control areas in Idlib Governorate received 53,800 doses.

The government-controlled areas in particular have witnessed an acceleration in the spread of the pandemic. The occupancy rate of intensive care beds designated for Corona in Damascus hospitals reached 100 percent in the middle of last month, according to the authorities.

Since the start of the pandemic, government-controlled areas have recorded 21,584 cases, including 1,483 deaths. However, the actual number of cases may be much higher due to limited detection tests.

Dr. Akjamal Maktumova, the WHO representative in Syria, said that the delivery of vaccines "brings us closer to reaching an equitable distribution of vaccines and gives hope to people in Syria and their lives that have been exhausted by a decade of conflict."

The representative of UNICEF, Bo Victor Nilund, stressed that "every health worker receives immunization, which will protect him that will enable him to meet the health needs of children and families who have suffered from the impact of this epidemic in many ways."

The director of the Ghafi's office in Syria, Tariq Al-Shimi, explained that the delivery of vaccines came as "the result of an unprecedented global partnership to ensure that no country is forced to remain without Covid-19 vaccines."

In a joint statement, the three organizations said Thursday that the arrival of the shipment is a "glimmer of hope" to the Syrians, and will help "health workers to continue providing life-saving services under a health system already suffering from overstretch" as a result of ten years of war.

The organizations hope that by the end of 2021, twenty percent of the Syrian population will be vaccinated.

The World Health Organization, UNICEF and health partners in the field affirmed their commitment to "ensuring the equitable distribution of vaccines to target groups in Syria and supporting the next vaccination campaign."