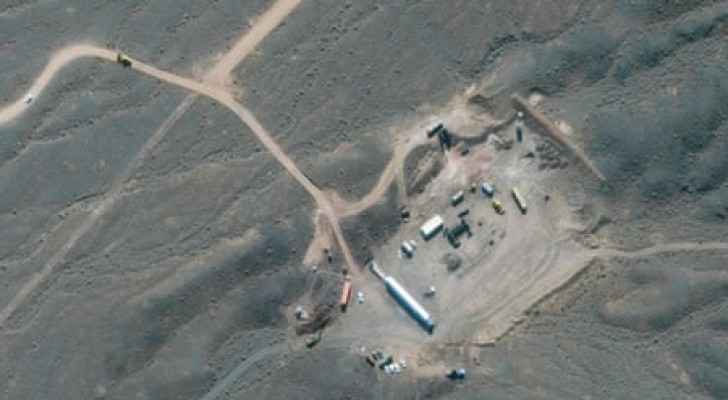 The Iranian authorities have asked the International Police (Interpol) to help arrest a person suspected of involvement in the bombing of the Natanz uranium enrichment facility, according to a local newspaper Sunday.

Saturday, Iranian state television published a photograph of a person whom it identified as Reza Karimi, explaining that the Ministry of Intelligence had concluded that he was a "perpetrator" of the "sabotage" operation that affected the facility on April 11, which Iran accused the Israeli Occupation of standing behind.

The television stated that the suspect "fled the country before the accident," and that "legal procedures to arrest and return him to the country are currently underway," without additional details.

In its Sunday edition, the conservative "Kayhan" newspaper reported that "the intelligence and judicial agencies are currently trying to arrest him and return him to the country."

It added, "This person is 43 years old (...) and after his identity was established, necessary measures were taken through Interpol to arrest and return him."

Neither state television nor other media provided any additional details about the suspect. Also, the Ministry of Intelligence has not issued an official statement on this matter.

As of Sunday noon, Tehran time (0730 GMT), searching the name of Reza Karimi on the Interpol website of wanted persons showed no results.

Monday, the Iranian Atomic Energy Organization confirmed, through its spokesman Behrouz Kamalundi, that a "small explosion" affected the facility in the center of the country, and affected the "electricity distribution center."

The spokesman affirmed that no one was injured in the explosion, and that it was possible to "quickly repair the affected sectors."

Iran pledged, in the words of Khatib Zadeh, to "take revenge (...) at the appropriate time and place" for this attack.

The spokesman accused the Israeli Occupation indirectly of working to thwart the ongoing talks in Vienna between Iran and the major powers, in an attempt to return the United States to the international agreement concluded in 2015 on the Iranian nuclear program and to lift the sanctions imposed by Washington on Tehran since its withdrawal from this agreement in 2018.

In the wake of the Natanz attack, Iran announced that it would raise the level of uranium enrichment to 60 percent. The Atomic Energy Organization confirmed the initiation that Friday.

Philippines, US participate in joint military ....

Philippines, US participate in joint military ....

Philippines, US participate in joint ....