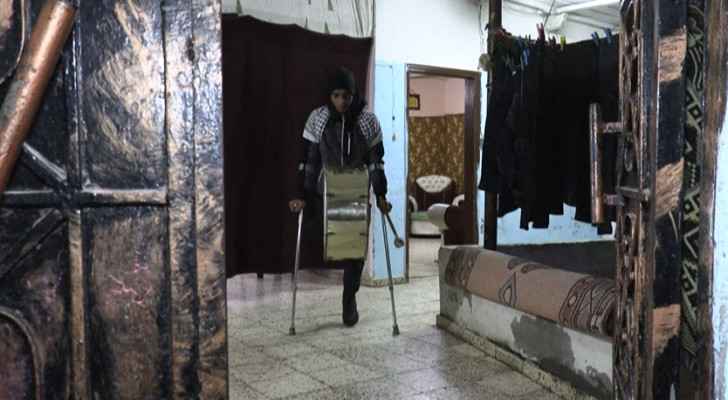 A Palestinian, Haitham Nasr, whose foot was amputated after suffering from a bullet wound fired by Israeli Occupation Forces (IOF) during the 2018 'March of Return' demonstrations in Gaza, beats his drum along the streets of Rafah, southern Gaza to awaken Muslims who are fasting during the holy month of Ramadan.

Nasr carries out the traditional Palestinian and Arab role of being a 'Musaharati', or a Ramadan drummer, who awakens Muslims for their pre-dawn Suhoor meal before the start of the next day's fast during Ramadan.

Nasr explained that it is difficult for him now that he is on crutches. "This drum is heavy. If I had money, I would have bought a smaller size," he said.

He added that he wakes people up for Suhoor as a form of volunteer work.