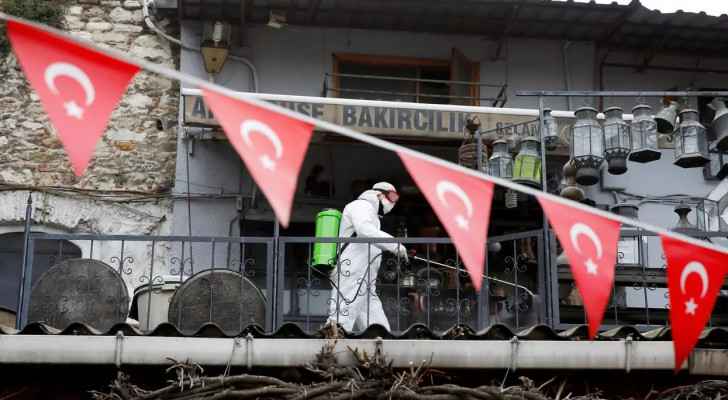 The night curfew will now begin at 7pm, instead of 9pm.

The weekend lockdown will remain in place during the weekends in the most affected provinces, including Istanbul and the capital, Ankara.

Primary and secondary education will be conducted entirely remotely for most grades after a hybrid system was previously implemented.

With the exception of emergencies, travel between the provinces will be banned, as will weddings and dinner gatherings. Sports halls will also be closed.

Restaurants will only be able to operate by take-out and delivery.

"Mutations in the virus are spreading faster and restrictions have become a duty," Health Minister Fakhruddin Kujah said in a tweet.

Turkey has been recording record COVID-19 case numbers for the past week.

Turkey, which has a population of 83 million, began a nationwide vaccination campaign with the Chinese vaccine in January.

Al-Hawari: Jordan on track to vaccinate 70 percent of ....

Al-Hawari: Jordan on track to vaccinate ....