Activists accuse France of Islamophobia after new round of bill amendments 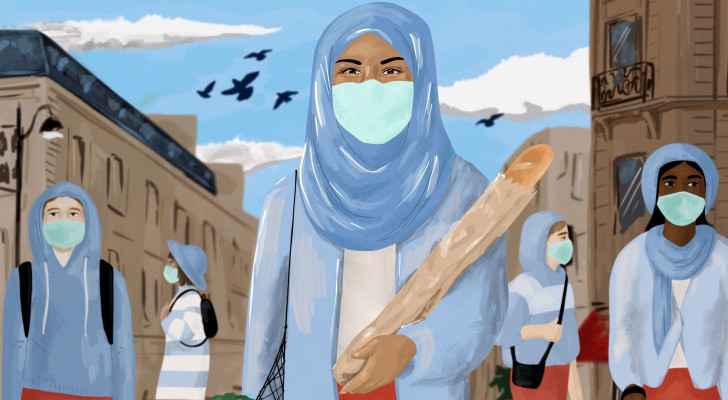 Muslim women may face increased hardships in France as more amendments in the controversial ‘Anti-Separatism Bill’ await approval in the French Senate.

Among the 313 amendments made since the creation of the bill were banning hijabis from attending their children’s school trips and forbidding the hijab in public for anyone under the age of 18.

Although Macron’s government claims the bill was created to uphold the secular system against any form of separatism, critics argued that it breaches religious freedom while unjustly targeting Europe’s largest Muslim population of 5.7 million in France.

The law does not specifically mention the word Islam, or Muslim, however demontrations and protests conducted by French Muslims in the past months claim the measures are aimed at singling them out.

One amendment allows the state to permanently shut down places of worship that promote theories of hate or violence.

“Time and again we have seen the French authorities use the vague and ill-defined concept of ‘radicalization’ or ‘radical Islam’ to justify the imposition of measures without valid grounds,” which risks leading to discrimination in its application against Muslims and other minority groups,” said Amnesty International’s Europe researcher Marco Perolini.

In turn, Amnesty International condemned these changes, stating there are many "problematic provisions" in the bill.

Perolini said, “This proposed law would be a serious attack on rights and freedoms in France.”

According to Al Jazeera, many French officials believe that “the hijab can be a tool of oppression used by men in general and the state in particular to make [women] comply with the rules imposed on them by society.”

“This is why when French muslim women come out and say that they choose to cover their heads in public spaces, their agency to make this decision is being questioned,” wrote French journalist Rokhaya Diallo for Al Jazeera.

In mid-February, France’s National Assembly, which is the lower house of the French parliament, and predominantly consists President Emmanuel Macron’s centrist party, overwhelmingly passed the ‘Anti-Separatism’ bill meant to protect the country against what the government called “Islamist separatism,” and uphold its secular identity.

The bill, and its new amendments, was passed earlier this week by the upper house, the French Senate, which hosts a conservative majority, and is highly likely to be approved.