Saudi FM on Tel Aviv-Mecca flights: 'We did not agree to that'

Saudi FM on Tel Aviv-Mecca flights: 'We did not agree to that' 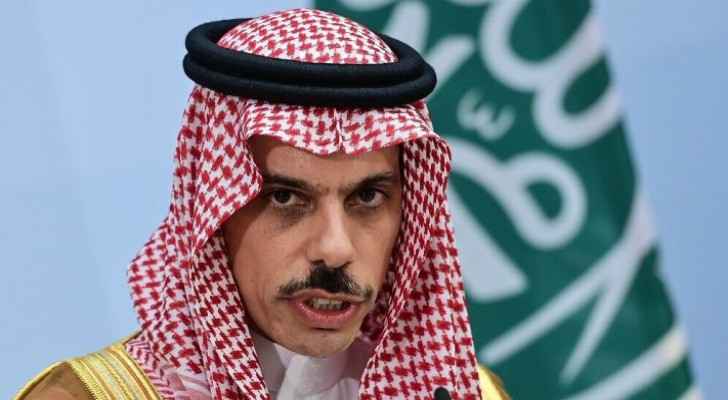 Saudi Foreign Minister, Prince Faisal bin Farhan, said Thursday that any potential Saudi-Israeli Occupation normalization deal depends on progress in the peace process between the Israeli Occupation and the Palestinians.

Commenting on the statements of the Prime Minister of the Israeli Occupation, Benjamin Netanyahu, who recently pledged to operate flights from Tel Aviv to Mecca in a possible sign of an imminent normalization agreement between the two parties, Bin Farhan said, "I do not know if the matter is imminent. This topic depends, to large extent, on the progress of the peace process."

He added, "Of course, there is a normalization deal on the table, which has been on the table since 2002 and is called the Arab Peace Initiative. Even before that, we had the first initiative presented by the Kingdom in 1982, which raised the prospects for full and full normalization with Israel in exchange for a just settlement of the Palestinian issue."

The Saudi FM said that "The normalization of Israel's position within the region would bring tremendous benefits to the region as a whole, and would be extremely beneficial from the economic and social standpoint, as well as from the security perspective."

He continued, "Now, normalization cannot succeed in the region unless we address the Palestinian issue and if we are able to establish a Palestinian state within the 1967 borders, and this gives the Palestinians dignity and gives them their rights."

He added, "If we can find a way towards that, then I believe that we will be able to see a much safer and more prosperous region, where everyone can contribute to its prosperity, including Israel."

On the Kingdom’s approval to conduct direct pilgrimage trips from Tel Aviv to Mecca, Bin Farhan said, “We did not agree to that, but as I confirmed, if we have progress on the Israeli-Palestinian issue, we hope that we welcome Israeli citizens of all religions in the Kingdom, not just Muslims. But let's go ahead with the peace process first of all. "

Netanyahu had previously pledged, on March 21, two days before the Israeli Occupation elections, to launch direct flights from Tel Aviv to Mecca if he wins.

Thousands of protesters demonstrate in ....