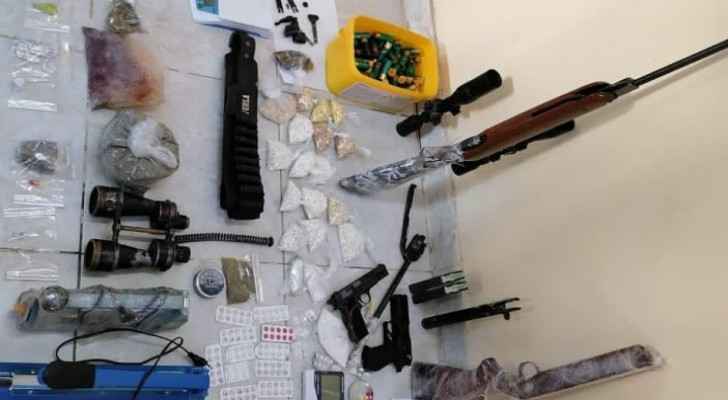 Wednesday, the spokesperson for the Public Security Directorate (PSD) said the Anti-Narcotics Department arrested 11 drug dealers, four of which are wanted persons classified as dangerous and armed.

With support from the Ramtha Police Directorate, the AND raided a warehouse used to store and pack narcotic substances. Approximately, 5,000 narcotic pills, 115 grams of crystal meth and 15 grams of heroin and half a kilo of synthetic cannabis (also known as 'Joker') and some hashish were seized. Additionally, the AND seized two handguns, two hunting rifles and a quantity of ammunition.

At the Queen Alia International Airport (QAIA), anti-drug officers seized four bags containing two kilograms of crystal meth and arrested the arriving passenger that attempted to smuggle the narcotic substances into the Kingdom.