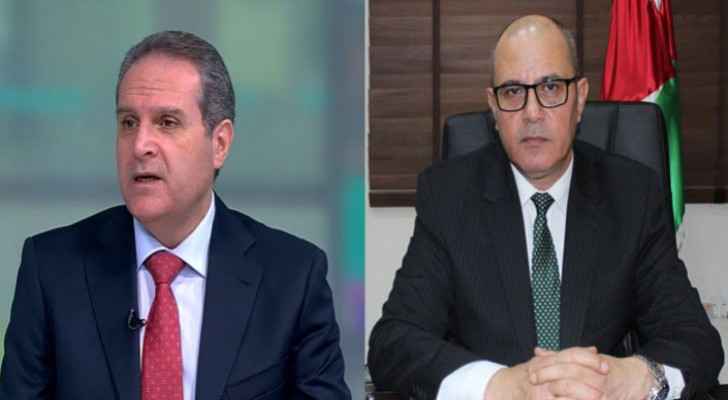 A Royal Decree was issued Monday approving an amendment to the government of Prime Minister Bisher al-Khasawneh, appointing the Head of the National Center for Epidemics Firas Al-Hawari as Minister of Health and the Secretary-General of the Ministry of Industry, Trade and Supply Youssef Al-Shamali as Minister of Labor.

The two ministers took the constitutional oath in front of His Majesty King Abdullah II at Al Husseiniya Palace.

The swear-in was attended by Prime Minister Bisher al-Khasawneh and Chief of the Royal Hashemite Court Yousef al-Essawi.

Also Read: Anyone who proves to be negligent in protecting lives will be held accountable: King Abdullah

Obeidat returns to work at Jordan ....