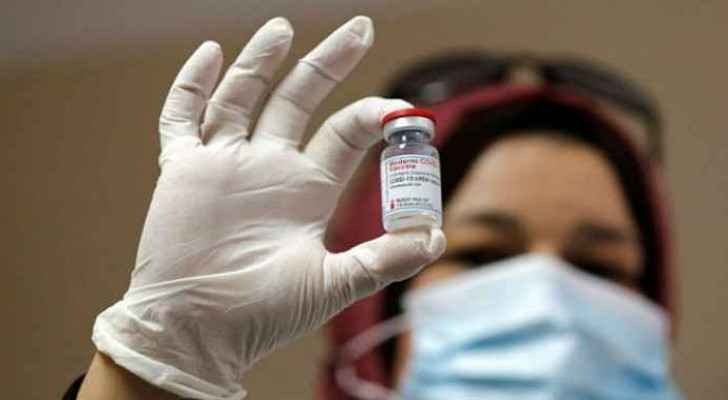 Thousands of Palestinian health workers, elderly, and patients with cancer or kidney disease were set to get COVID-19 vaccines starting Sunday as the health ministry ramped up its inoculation campaign.

The rollout came only days after roughly 60,000 Pfizer-BioNTech and AstraZeneca vaccine doses arrived in the Occupied West Bank via the COVAX coalition of the World Health Organization (WHO) and the UN's children agency (UNICEF).

Cases of the coronavirus have spiked in the enclave in recent weeks, sparking a flood of patients that hospital officials say they are struggling to treat.

"The vaccination will help to prevent a breakdown of the health system," said the UN envoy to the Middle East peace process Tor Wennesland.

"It's a very important first step forward and it will help."

Palestinians in the West Bank and the Israeli Occupation-blockaded Gaza Strip have had limited access to vaccines compared to Israeli Occupiers, roughly half of whom have received the both doses of the Pfizer-BioNTech vaccine.

The Israeli Occupation has resisted calls from rights groups and the UN to innoculate all Palestinians, saying the Ramallah-based Palestinian Authority (PA) is responsible for obtaining vaccines.

The PA currently awaits another 100,000 doses from China.

Additionally, UNICEF said it plans to deliver enough vaccines to vaccinate an additional one million Palestinians, roughly 20 percent of the Palestinian population in the West Bank and Gaza Strip.

Palestinian Prime Minister Mohammed Shtayyeh said his office will be allocating an additional $12 million to procure vaccines for Palestinians. "The problem is not the money but the availability of vaccines," he said.

Saturday, Abbas published a photograph of himself getting vaccinated, although it was not clear when this image was taken.

The Palestinian Health Ministry said in March that top Palestine Liberation Organisation (PLO) officials over the age of 65 had been given shots. Abbas is 85.

In the Israeli Occupation, more than 6,085 people have died of the virus out of 827,428 confirmed cases. However, the infection rate has plummeted as vaccinations climb.

The Palestinian vaccination campaign comes ahead of the first Palestinian election in 15 years. Legislative elections are scheduled for May 22 and a presidential vote for the end of July.