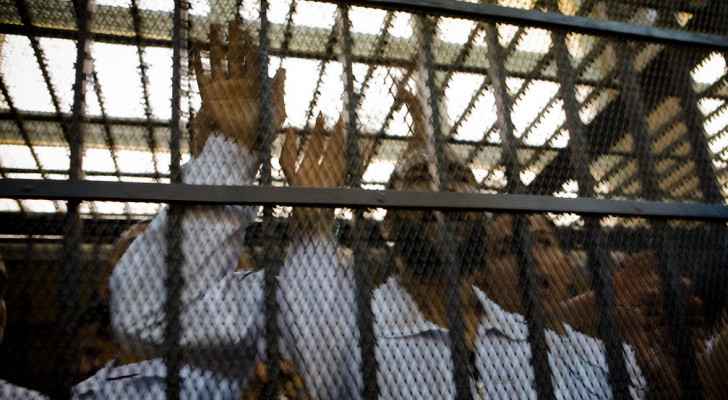 Tuesday morning, Egyptian authorities carried out the death penalty for 11 people convicted of criminal offenses committed in recent years, according to a security official.

"Eleven people were executed in Burj Al Arab prison. All of them were convicted in criminal murder cases," the official said.

He explained that "the crimes were committed in recent years in the governorates of Alexandria and Beheira, and final death sentences were passed on the perpetrators."

In December, Amnesty International condemned what it described as a "feverish wave" of executions in Egypt, confirming that dozens of convicts were executed in this country during the months of October and November 2020.

The London-based human rights organization said in a report that "in October and November alone, the Egyptian authorities executed at least 57 men and women," in a toll that it said was almost twice the outcome of the entire past year.

"The Egyptian authorities have embarked on a wave of frenzied executions in recent months ... and in some cases after mass trials that are largely unfair," said Philip Luther, the Middle East and North Africa official at Amnesty International.

The human rights organization suggested that the real number of death sentences that were carried out is greater, "because the Egyptian authorities do not publish statistics on executions or the number of prisoners sentenced to death, nor do they inform families or lawyers before the execution of death sentences."

The organization said it was not able to independently verify reports of pro-government media about more than 30 additional executions during the same period.

The organization reported that the "execution wave" followed an incident in September in the famous Tora prison, south of Cairo, in which a number of policemen and death row inmates were killed during a failed escape attempt.

The two organizations urged the Egyptian authorities to "immediately halt" the executions.