Nigerian parents await news after kidnapping of over 300 girls 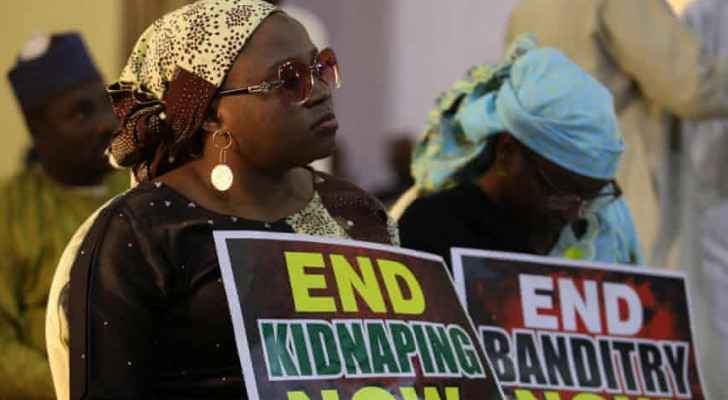 Saturday, the parents of 317 kidnapped Nigerian school-children could only wait for news, as over 40 other students who were seized elsewhere around 10 days ago were freed.

This was the third school kidnapping attack in under three months -- events that have revived traumatic memories of the "Chibok girls" kidnapped by jihadists around seven years ago.

After stoning an official convoy that tried to reach the school on Friday, parents waited for news from a rescue mission that was trying to locate the girls.
"It would have been better if my two daughters had died and I buried them, knowing that Allah who gave them to me took them, than having them taken away by bandits," a parent said.

Another Jangebe resident, Bello Gidan-Ruwa told AFP reporters that no one currently knows the condition of the kidnapped girls.

"The government said they are making efforts to rescue the girls but their efforts are not good enough until our girls are safely back," said Gidan-Ruwa.

Meanwhile, in a similar incident some several hundred kilometres to the south, Kagara school students and teachers who were kidnapped mid-February were freed, and welcomed by the regional governor Abubakar Sani Bello.

"They are all safe and sound but one of them is hospitalised due to extreme exhaustion, some have mild injuries or are still traumatised," a government official said.

Following medical examinations, the hostages, including 24 children, would be reunited with their families.

Several areas in Nigeria have witnessed a steep surge in attacks by heavily armed gangs that raid villages, steal, kill, and abduct residents after looting their homes.

In Dec. 2020, 344 young boys were kidnapped from a school in the northern state of Katsina, but were released a week later.

Officials denied paying a ransom for their release but people who closely followed the incident believed that ransoms were involved which would increase attacks in the poorer regions where security forces are scarce.

Nigerian President Muhamadu Buhari, who has been criticised for failing to deal with the unrest, insisted Friday that he "will not succumb to blackmail by bandits".

The number of similar gangs in the area is not known, but they are attracting more and more young men in regions where more than 80 percent of the population lives in extreme poverty.

The perpetrators hide in camps in Rugu forest, and despite the deployment of troops in the region, deadly attacks persist.

"No one has an accurate count of the groups," said Nnamdi Obasi, the International Crisis Group’s (ICG) senior analyst for Nigeria.

Since 2011, similar violence has killed roughly 8,000 people, and forced more than 200,000 to flee, according to an ICG report published in May 2020. The abductions have increased the number of children who cannot attend school, especially girls.