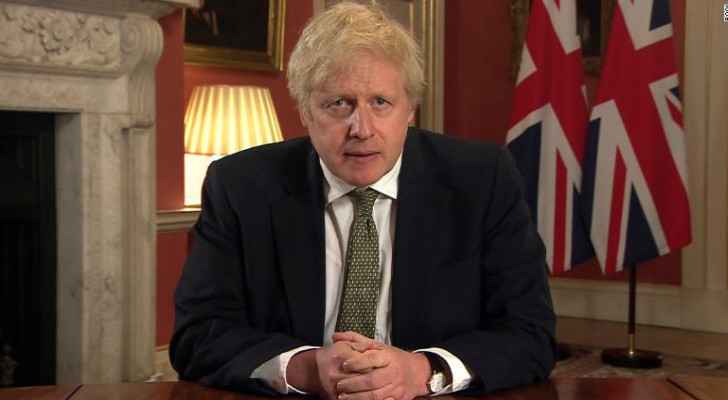 Thursday, Britain lowered the virus alert level by one degree, saying that the decline in the number of infections has reduced the threat to the National Health Service.

Since January, the country has been on the highest level of alert (5) which is evidence of "a risk of collapsing health systems" and the need for "very strict" social distancing.

The alert has been reduced to Level 4, indicating a "high level of transmission" with enhanced social distancing.

The UK's top medical officials and the authority’s medical director said they agreed to the move because cases were "constantly dropping," reducing the threat to the NHS.

Prime Minister Boris Johnson said he believed that all restrictions imposed to combat the coronavirus would be lifted by June 21, as the deployment of the vaccine led to a sharp drop in the number of infections, hospitalizations and deaths.

The United Kingdom gave a first dose of the Coronavirus vaccine to more than 18 million people.

On Wednesday, the country reported 9,938 injuries and 442 deaths. Since the beginning of the pandemic, the country has recorded more than four million infections and more than 121,000 deaths.

Britain says it will vaccinate every citizen over 50 by ....

Britain says it will vaccinate every ....