Vaccines to arrive in rebel-held areas of Syria next month: WHO 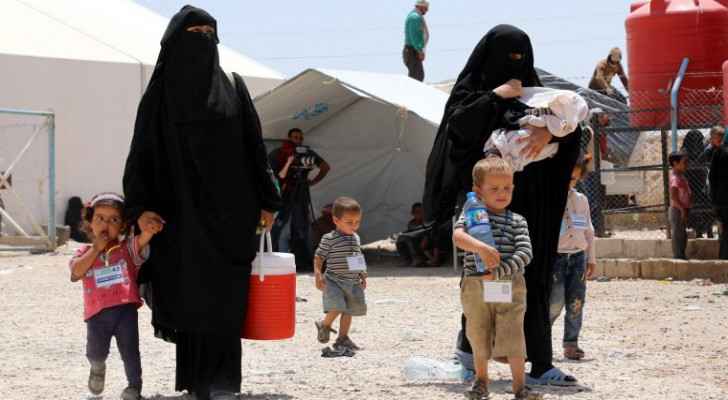 The first batch of coronavirus vaccines will arrive in the areas controlled by the fighting factions in northwestern Syria next month, according to what the World Health Organization and Agence France-Presse reported Tuesday.

A spokesman for the organization said, "35 to 40 percent of the vaccines will be available during the first quarter of the year, and 60 to 65 percent in the second quarter" of the year.

The Idlib region and its environs are supposed to receive 336,000 doses, "covering approximately four percent of the total population," according to the WHO.

The local authorities in Idlib, where three million people live under the control of the Headquarters for the Liberation of Al-Sham (formerly Al-Nusra) and other factions, applied to obtain vaccines through COVAX.

The Director of the Media Office in the Idlib Health Directorate, Imad Zahran, told AFP that the first batch will arrive next month and include 120,000 doses of the British AstraZeneca vaccine, provided that they will be allocated to the groups most vulnerable to infection with the virus, i.e. health personnel, those with chronic diseases and the elderly.

The COVAX platform, developed by the World Health Organization and the Alliance for Vaccines (GAVI), allocates a humanitarian reserve for people who are not covered by national plans, especially countries experiencing conflicts or divisions such as Syria.

The factions' control areas in and around Idlib, where hundreds of camps lack clean water and sanitation networks, recorded more than 21,000 cases of corona, which resulted in 408 deaths.

Damascus counted 13,230 cases in the areas under its control, which resulted in 1,001 deaths, while the Kurdish Autonomous Administration in the northeast of the country monitored nearly 8,600 cases, including 313 deaths.

However, doctors and organizations say numbers are likely much higher in Syria, due to limited testing capabilities and questionable reporting.

Last month, the Syrian government signed an agreement to join the COVAX initiative through the World Health Organization. Also, the Syrian embassy in Moscow announced on Monday that Syria had authorized the use of the Russian Sputnik-V vaccine on its soil. No party has announced when the vaccines will arrive in Damascus.

The Kurdish Autonomous Administration is conducting, according to Health Official Joan Mustafa, France Presse, "discussions with the World Health Organization to obtain vaccines for Coronavirus," but "no agreement has been reached yet."

Human Rights Watch stressed at the beginning of this month the need to support international relief groups in order to ensure a wider and more equitable distribution of vaccines throughout Syria, including in areas outside the control of the government.

"Those who supply Syria with vaccines should do their utmost to ensure that Corona vaccines reach the most vulnerable, regardless of where they are in the country," said WHO's Syria researcher, Sarah Al-Kayyali.

She recalled that the Syrian government "has never been shy about withholding health care as a weapon of war," warning that "practicing the same games with the vaccine undermines the global effort to control the spread of the epidemic."

WHO to deliver 237 million doses of AstraZeneca vaccine to ....

WHO to deliver 237 million doses of AstraZeneca ....

WHO to deliver 237 million doses of AstraZeneca ....