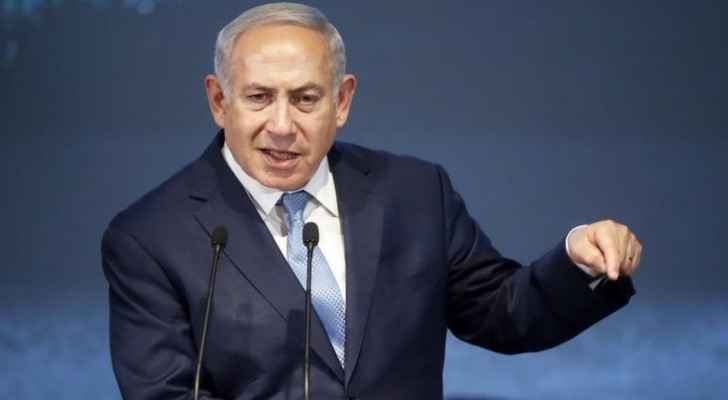 Netanyahu, the first prime minister to face official accusations while in office, is facing charges of accepting luxury gifts and seeking to provide regulatory facilities to influential media outlets in exchange for positive media coverage.

In a brief session Feb. 8, during which he appeared before an Occupied Jerusalem court, Netanyahu denied the corruption charges against him, and his defense lawyer accused the Israeli Occupation Attorney General Avichai Mandelblit - whom Netanyahu had appointed - of mishandling the case.

They also said that the investigation lacked, in part, the necessary permits.

The judges indicated that they would study these allegations before announcing dates for the next sessions of the trial.

"I don't think they will move quickly to the stage of evidence before the elections," Netanyahu said, adding, "This will be seen as a confirmed interference in the elections."

Monday, the court announced that it would hold three sessions per week without specifying the total length of the sessions.

He is also accused of seeking favorable media coverage in the best-selling daily in the Israeli Occupation, Yedioth Ahronoth.

The Israeli Occupation Prime Minister is also accused of obtaining favorable media coverage on the "Walla" news site of the Bezeq Group, owned by Shaul Elovitch, in exchange for government services and facilities that returned hundreds of millions of dollars to his group.

Israeli Occupation laws do not grant the prime minister any judicial immunity, and if convicted, he will not be compelled to resign until after all judicial means have been exhausted.