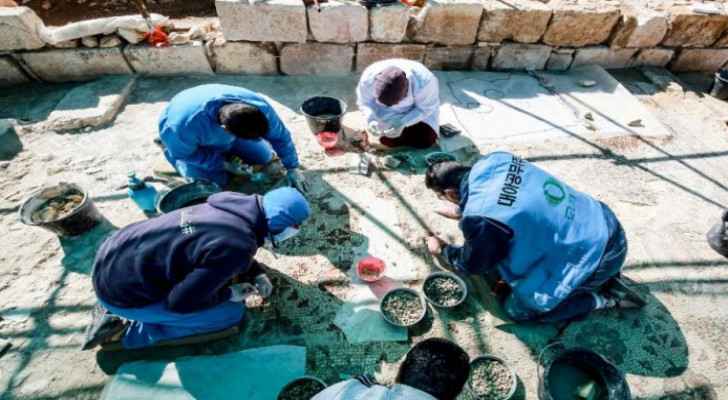 Friday, in the ruins of the ancient Saint John the Baptist Church in Rehab, northern Jordan, local townspeople and Syrian refugees work side-by-side on a project that preserves cultural heritage and fights poverty.

Syrian refugee Walid Al-Awad and his Jordanian colleague, Taha Al-Khazaleh, kneel on their knees, busy restoring the splendor of a Byzantine mosaic floor in a seventh-century church in Rehab in northern Jordan.

The two men work within a program of the United Nations Educational, Scientific and Cultural Organization (UNESCO) which has provided, since its launch in 2019, about 300 job opportunities with the support of the Federal Ministry of Economic Cooperation and Development (BMZ), and aims to contribute to combating poverty and unemployment while preserving heritage.

Awad, who lost his house and everything he owned in Daraa, Syria in 2012 after fleeing the war in his country to Jordan, and his colleague Khazaleh, who lives in Mafraq, work meticulously on restoration work.

With a small hammer, the two knock small black and brown stones and place them on the mosaic floor, then they proceed to carefully clean around them with a scalpel and a piece of sponge.

The mosaic includes geometric and other shapes that represent plants and the Tigris and Euphrates rivers in western Asia. There is also a Greek inscription which states, "The floor of the church was paved and donated to Saint John the Baptist at the expense of public money provided by the people."

Awad and Khazaleh are working with other Jordanians and Syrians to restore the mosaics of the Synod, which also includes the Church of Bishops Procopius and Sergius, built in 590 AD.

Italian expert Franco Sciorilli, has been overseeing the restoration of the site since Oct. 2020, with work to be completed at the end of May.

Sciorilli, who has mastered the Arabic and Jordanian dialect since his stay in the Kingdom since 1994, has trained more than 500 people to date in this art, noting that the Rehab mosaic is a "treasure" that needs more attention.

He adds that Jordan is the first country in the Mediterranean basin and in the whole world in terms of the number of mosaic floors, especially Byzantine.

"The mosaic here is simple, its style is specific to the region and different from what we see outside. We must introduce the world to it," he explains. 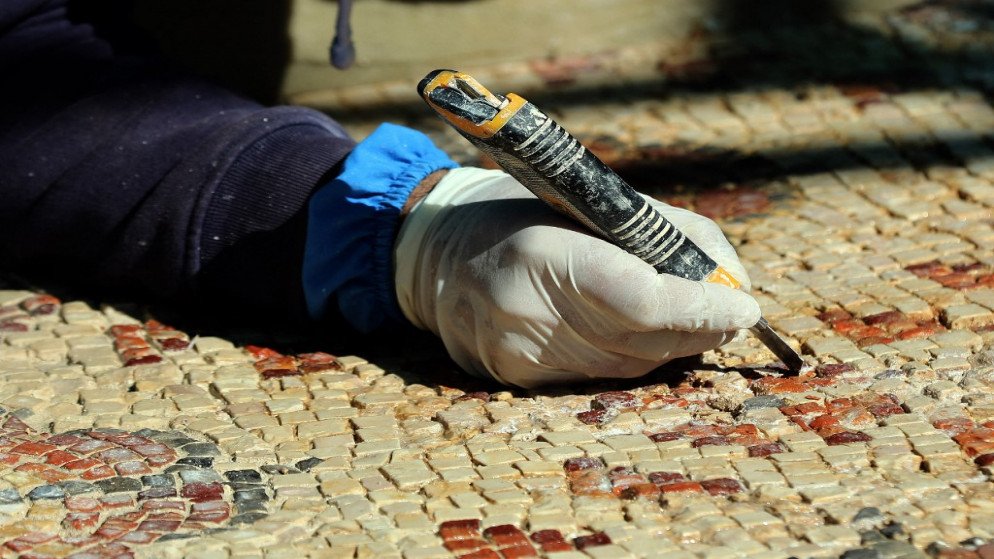 Last month, the same team completed the restoration of the mosaics of the Church of St. Mary, which was built in 543 AD, also in Rehab.

"The project is very important because it represents a change in the approach to heritage conservation," says UNESCO Senior Project Officer Georgia Cesaro.

"It is a conservation that takes into consideration the people, the communities living in the surrounding areas to the archeological sites. The idea is that they are the ones who can take care of their heritage not necessarily international expertise," she added.

The village of Rehab includes 32 archaeological churches, only five of which are visible, including the Church of Saint George, built in 230 AD, which is one of the oldest churches in the world. The churches which lie beneath the ground, were mostly discovered between 1999 and 2002. They were gradually abandoned from the Umayyad era until the ninth century. 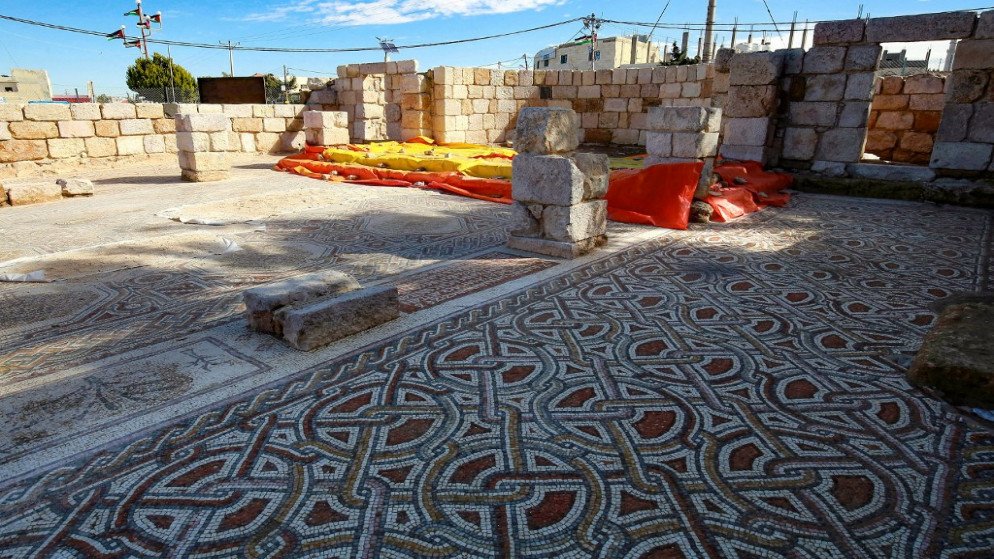 Dania Dirani, project officer at the Culture Unit at UNESCO, told AFP that the project has "two main objectives, firstly, preserving the heritage ... and secondly, providing job opportunities for the people of the region."

People are chosen according to an assessment of the number, income, and need of the family, and "those who are most in need are those who get work."

According to Dirani, they were trained and educated on "the history of the site, the church, the mosaic, the importance of work, then the mechanisms of work, preservation of the mosaic, the mixes used and the restoration."

Wages range from JD 12.5 dinars per day to JD 15, in addition to guaranteed meals and transportation, under the support of the Association for Volunteers of International Service (AVIS).

Awad showed his pride to work on the 'Job Opportunities for Cultural Heritage Preservation in Jordan' project. "These are historical landmarks that must be preserved and restored. I am happy and proud that I am part of this work," he told AFP.

"The project saved my financial situation, as there is no work," added another man working at the site, indicating that he has six children, the youngest of whom is a four-year-old girl and the eldest is an 18-year-old.

"We are refugees, the family is large and their [expense is large]. The house's rent is about 100 dinars," he said.

The project pays Khazaleh about JD 300 a month.

In Jordan, there are many sites that include mosaic panels in the cities of Jerash, Umm Qais, Ajloun, Madaba, Petra, and Umm Al Rasas.