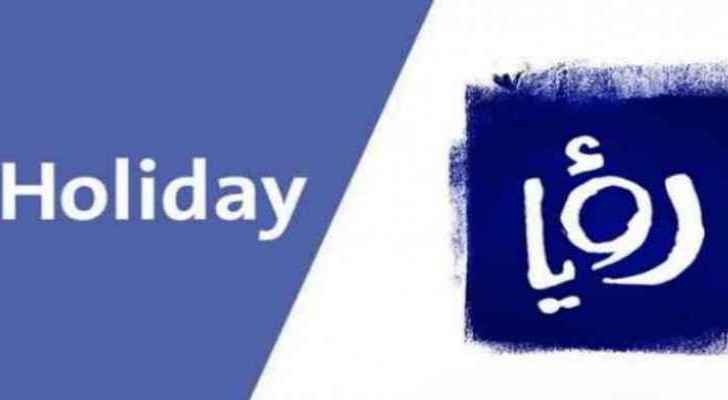 Wednesday, Prime Minister Bisher Al-Khasawneh announced that Thursday Feb. 18, will be an official holiday due to the harsh weather conditions.

According to Khasawneh, work will be suspended in ministries, official departments, institutions, public bodies, and the private sector.

Notably, the Ministry of Labor called on the private sector to adhere to Khasawneh's announcement.

The ministry's media spokesperson, Mohammad Al-Zyoud, said that this type of communication issued by the PM, applies to private sector institutions even if they are not mentioned in the official communication, noting that the government's Audit Bureau stated that it is the right of an employee to take official holidays off in accordance to their interpretation of laws No. 21 for 1974.

Al-Zyoud indicated that employers cannot oblige employees to work Thursday, and if the employee agrees to work, the employer is obligated to pay the worker an additional wage for that day, not less than 150 percent of his or her usual wage.

Al-Zyoud emphasized that deducting leave days from the employee's official annual leave balance if they do not work Thursday is a violation of the provisions of the Labor Law.

Establishments whose nature of work requires them to operate are excluded from the holiday.