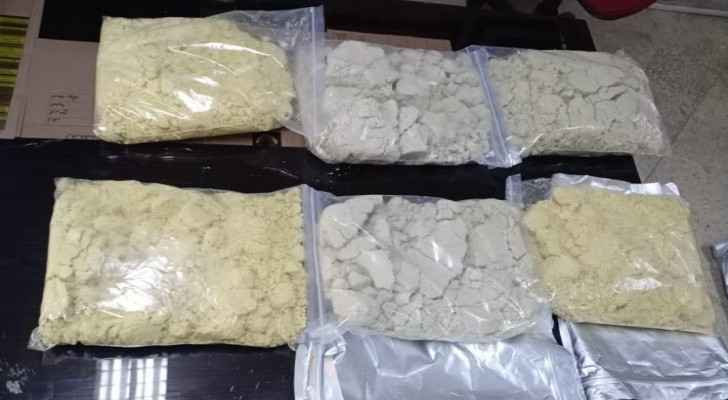 Tuesday, the media spokesperson for the Public Security Directorate (PSD) announced that the Anti-Narcotics Department (AND) received a tip about an individual in Irbid suspected of drug trafficking and storing quantities of crystal methamphetamines in his house.

They seized three kilograms of crystal methamphetamines along with firearms and other narcotic pills.

The individual was arrested and an investigation was launched into the matter.

Additionally, the spokesperson reported that AND personnel working at the Queen Alia International Airport (QAIA) in Amman suspected a parcel coming to the Kingdom through the airport.

In coordination with the Jordanian Customs Department, they seized and inspected the parcel. Within the parcel, the personnel found six bags containing narcotic substances.

Investigations immediately began to identify the person involved in importing the parcel. The individual was later identified and his whereabouts in Amman were determined.

The perpetrator was arrested and investigations are currently underway.