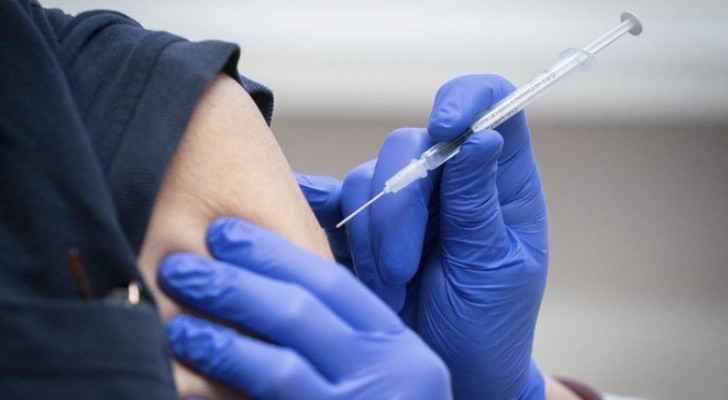 Saturday, Lebanon received the first batch of doses of the coronavirus vaccine, in preparation for the start of the vaccination process Sunday.

The caretaker Minister of Health, Hamad Hassan, received the first shipment of 28,500 doses from Belgium at Rafic Hariri International Airport.

The International Federation of Red Cross and Red Crescent Societies announced that it would "independently" supervise the storage and distribution of vaccines funded with assistance from the World Bank, worth 34 million dollars.

Hassan added that "the vaccine will reach every Lebanese citizen throughout the country," and the vaccination will also include "displaced Syrians and Palestinian refugees."

Lebanon, which is home to more than a million Syrians and Palestinians, has signed a contract with Pfizer to provide more than two million vaccine doses, which will arrive gradually over the coming weeks.

According to the government's plan, the first stage of vaccination will be reserved for medical staff and those over the age of 75.

On Sunday, the vaccination of medical personnel begins in three hospitals in Beirut: Rafic Hariri Hospital, the most prominent government institution specialized in receiving patients with corona, in addition to the American University of Beirut Hospital and Saint George Hospital.

Caretaker Prime Minister Hassan Diab, 61, will be among the first to receive the vaccine on Sunday, according to his office.

More than half a million requests to receive the vaccine were registered on a special online platform, according to the Ministry of Health.

According to a survey conducted by the International Information Company on a sample of 500 Lebanese people and published at the beginning of February, "38 percent of the respondents expressed their unwillingness to receive the vaccine to protect against Corona, while 31 percent agreed to receive the vaccine, while 31 percent did not make up their decision." distance."

Lebanon is expected to receive a total of six million doses of vaccines, including 2.7 million doses within the framework of the international COVAX platform, which was established to support countries with limited capabilities.

The World Bank’s regional director, Saruj Kumar Jah, said in a statement that the process begins in Lebanon “at a time when its health system is already under severe stress due to the outbreak of the Corona pandemic, a deep and long-running macroeconomic crisis, and finally the devastating explosion of Beirut port."

The Ministry of Health hopes to have 80 percent of the population vaccinated by the end of the year, a goal that Human Rights Watch and medical experts deemed unrealistic.

On Feb. 8, Lebanon began gradually easing the restrictions imposed to contain the coronavirus, after more than three weeks of strict measures imposed to stop the increase in infections and reduce the burden on overcrowded hospitals.

The authorities have increased the number of hospital beds for Covid-19 patients, but all medical facilities are almost full.

Occupancy rates in intensive care units are about 88.6 percent nationwide and 96.3 percent in Beirut, according to figures released by the World Health Organization Friday.

Students return to school in England as pandemic-related ....