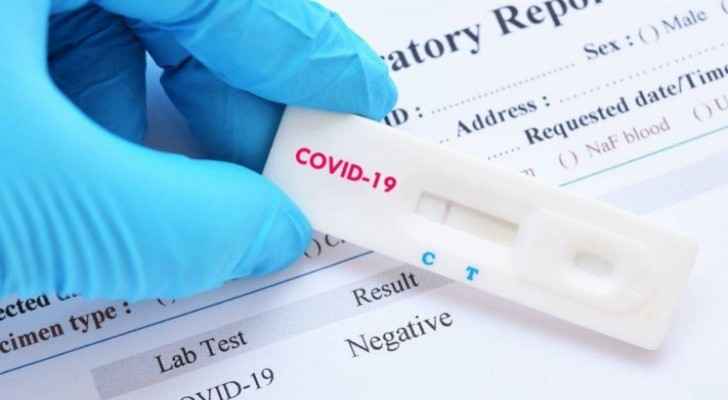 A British company called SureScreen Diagnostics has started producing rapid COVID-19 detection tests that detect the infection in under 30 minutes, in comparison to the current testing tools on the market which take several hours, noting that they are highly accurate especially for those without symptoms.

According to the British government website, this is the first British-made lateral flow tests validated for asymptomatic testing.

The UK government has secured about 20 million of these rapid coronavirus tests within a new contract with SureScreen Diagnostics. They are the first British tests to be validated in the laboratory by Public Health England (PHE).

The SureScreen test will be used as part of the government’s rapid testing program, especially for those without symptoms, which has seen lateral flow tests deployed across the country to test NHS and care home staff, as well as in targeted settings including schools, universities and to allow key workers to continue their vital work during lockdown.

With up to a third of infected individuals being asymptomatic in the Kingdom, the government stresses that broadening asymptomatic testing is essential in finding positive cases who may unknowingly pass on the virus in order to break chains of transmission.

British Health Secretary Matt Hancock said: "Rapid lateral flow tests strengthen our national response to the virus significantly, helping us to identify the around one in three people who are asymptomatic and break chains of transmission in our workplaces and communities. It is excellent to be working with a UK firm to deliver millions more of these rapid tests."

The partnerships being created with companies such as SureScreen also supports the wider resilience of the UK British diagnostics industry. The contract will create 200 additional jobs for Derby residents with roles across the whole production line as well as in the wider UK supply chain.

The tests have already been validated by PHE in the lab and are now in their final stage of validation in clinical trials.

Additionally, the tests have been proven to detect the mutation which first emerged in Britain in September. Results for the test at the laboratory validation stage show sensitivity against high viral loads was 97.1 percent and specificity was 99.9 percent.

The test instrument is a short piece of metal the length of a finger. Once the swab is applied to it, the result appears within minutes, noting that the swab is taken from the nose.

The Director of SureScreen David Campbell, said that the company had made strenuous efforts since Mar. 2020 to develop the test.

"We believe our rapid antigen tests can really help in screening people both in the community and in clinical settings. Routine testing is crucial to help business, as well as hospitals and GPs."

He added that what distinguishes it is that it is low in cost, easy to use and quick to show results.

More than 9,000 people get vaccinated in Irbid Tuesday