Report conducted by NCHR is 'too general and unspecified': Kalaldeh

Report conducted by NCHR is 'too general and unspecified': Kalaldeh 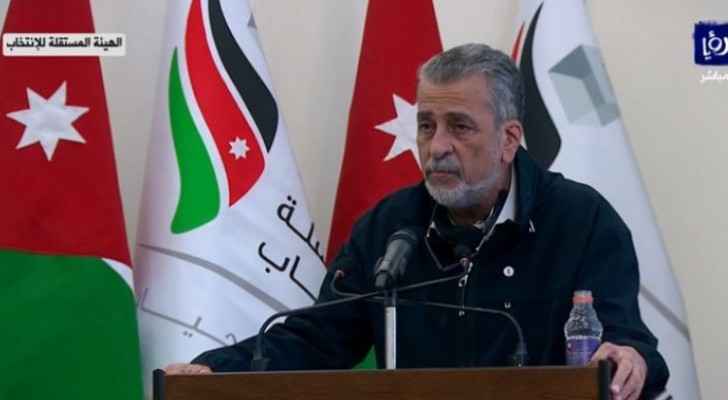 The Chairman of the Board of Commissioners of the Independent Election Commission (IEC) Khaled Kalaldeh said that the report conducted by the National Center for Human Rights (NCHR), which is related to monitoring violations in the 2020 Parliamentary Elections, is too general and unspecified.

He explained in a phone call to Roya that the commission will study the report conducted by the NCHR and respond to it with an official letter. Kalaldeh indicated that the commission does not disclaim its responsibility for any observations that were monitored during the electoral process, saying that it is a security issue.

He added that the IEC did not receive any notes from the NCHR, stressing that the commission has the capacity of a law emforcement, and has monitored complaints from candidates and voters. Kalaldeh added that around 700 complaints about the electoral propaganda  were received by the IEC during the 2020 Parliamentary Elections from institutions concerned with monitoring elections.

Notably, the Commissioner-General for NCHR Alaa Al-Armouti, said previously that the center had received complaints from election candidates who said that they had been pressured to withdraw.

Jordan's 19th Parliamentary elections for the House of Representatives took place on Nov. 10.