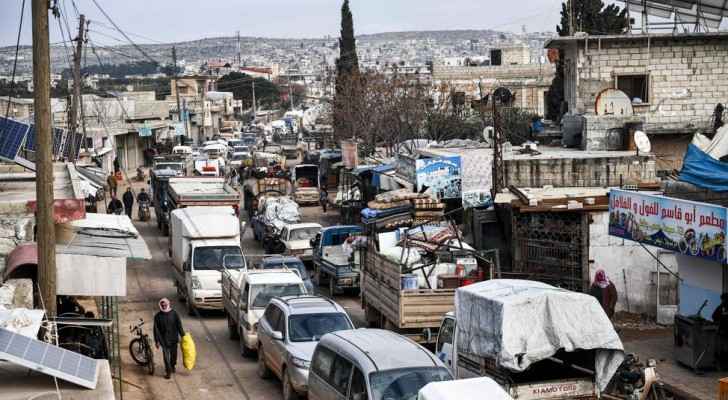 Human Rights Watch stressed Tuesday the need to support international relief groups in order to ensure a wider and more equitable distribution of coronavirus vaccines throughout Syria, including in areas outside of government control.

"Those who supply Syria with vaccines should do their utmost to ensure that Corona vaccines reach the most vulnerable, regardless of where they are in the country," said WHO Syria researcher Sarah Al-Kayyali.

She recalled that the Syrian government “has never been shy about withholding health care as a weapon of war,” warning that “practicing the same games with the vaccine undermines the global effort to control the spread of the epidemic.”

So far, the Syrian government has recorded 14,096 cases within its areas of control, which have resulted in the death of 926 people. The Kurdish Autonomous Administration has counted 8,490 cases (296 deaths) compared to 21,006 cases, including 400 deaths in the areas controlled by the fighting factions in the northwest of the country (Idlib and its environs).

However, doctors and organizations believe that the numbers are much higher in all areas, due to limited testing capabilities and questionable reports, especially in northeastern Syria.

Last week, the Cabinet agreed, according to the official news agency SANA, to join the COVAX initiative through the World Health Organization. On Jan. 21, Health Minister Hassan Al-Ayyash told the People's Assembly, "We will not accept that this vaccine comes at the expense of ... the Syrian sovereignty," in what the organization considered as an indication that "it is unlikely that the government included the northeast of the country ... In their plans. "

According to the organization, local authorities in and around Idlib submitted an official request to Covax to obtain the vaccine, while arrangements were made to obtain vaccines independently in the areas of influence of the Kurdish administration.

Human Rights Watch stressed that “the Syrian government bears the primary responsibility for providing health care for all on its territory,” noting that it had previously “repeatedly withheld food, medicine, and vital aid from political and civilian opponents.”

The organization stressed the need for non-United Nations organizations to be able to access the humanitarian reserve, which is allocated by the Covax platform for those who are not covered by the national plans, at a time when the work of the United Nations in northeastern Syria requires prior permission from Damascus, after the closure of three crossings to bring aid through the border since the beginning of last year. One border crossing remains in service in northwest Syria.

The organization reminded that “the Syrian government has often withheld or delayed permission, prevented some medical and other supplies from reaching areas not under its control, and prevented United Nations agencies from implementing basic projects in those areas,” including its refusal to allow UN agencies to establish corona testing laboratories in the north. Eastern Syria. "

It also reported a “discriminatory distribution of coronavirus-related equipment, including personal protection equipment, testing equipment, and oxygen ventilators,” even within areas under full government control.

And the process of distributing vaccines in a country that has exhausted the ten years of war, with its infrastructure and medical facilities, faces major logistical challenges, including "cold chain management," in light of poor transportation capabilities, fuel crisis and electricity cuts.