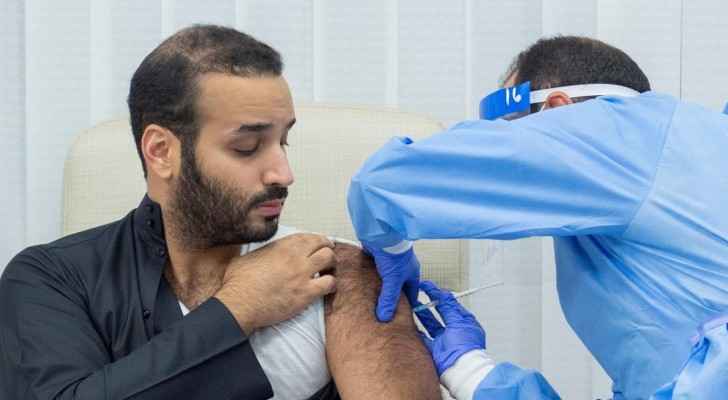 According to a recent OXFAM report, within which the coronavirus was nicknamed the ‘inequality virus,’ the coronavirus pandemic has forced millions into poverty, reversing a twenty-year decline in global poverty levels.

The rich, on the other hand, have largely already made up any incurred losses.

While no such report has yet been done on vaccine processes, the inequality trend is not one that will likely stray.

In the Arab world, for example, certain wealthy countries are hailed as global champions in the vaccine race, whereas other, poorer countries were not able to score a single agreement with a vaccine company.

The United Arab Emirates, Bahrain, and [while not an Arab country but a country that does have responsibility for an Arab population] the Israeli Occupation have vaccinated higher proportions of their populations than all other nations combined, leading many to emulate their policies and practices in the hopes of mirroring such swift rollouts.

Among the poorest Arab countries- Somalia, Yemen, Syria, Sudan, and Mauritania- there have been no vaccines authorized, and there is little understanding of when citizens might get vaccinated. All five countries are relying solely on the World Health Organization’s COVAX Initiative, which will provide vaccinations for up to 20 percent of a country’s population. The date of arrival for those vaccines remains ambiguous.

But the vaccine inequality in the Arab world is not just a tale of two polar opposites. Middle-income countries like most North African nations, Iraq, Lebanon, and Egypt are also struggling to ascertain how many citizens they can afford to vaccinate.

Of them, only Egypt has started vaccinating citizens, and even with current agreements with Britain’s AstraZeneca, China’s Sinopharm, and COVAX- and the fact that Egypt will charge for vaccines- the country is still expected to come up 100 million doses short.

Other middle-income countries have procured small amounts of vaccines from similar sources, in addition to the US’ Moderna and Russia’s Sputnik V. Only Lebanon and Tunisia have managed to secure vaccines from American pharmaceutical giant Pfizer, which has largely been seen as the most sought-after vaccine internationally. The two Mediterranean countries have secured two million doses each, enough to cover 15 percent of Lebanon’s six million person population, and nine percent of Tunisia’s 11 million.

According to data compiled by Roya journalists, early vaccines rollouts in the Arab world, and a high prevalence of the Pfizer vaccine, correspond positively with a country’s GDP per capita. Additionally, the countries with the highest GDP per capita were first to roll out their vaccine campaigns in December or before, whereas middle-income countries, like Jordan, Egypt, and Morocco have begun or will begin vaccinations in January.

Other middle and low income countries have not yet set vaccine dates.

While the data presents a clear pattern, there are outliers. For example, after Qatar, the UAE, Kuwait, Bahrain, Saudi Arabia and Oman, Libya and Iraq have the next highest GDPs per capita, followed by Jordan. Yet, the former have not produced vaccine campaigns, whereas the latter has. It should be noted, however, that the data is based on 2019 World Bank estimates, and, in 2020, Iraq and Libya both saw steep currency devaluations and losses from low oil prices.

Additionally, Morocco, Tunisia, and Algeria have higher GDPs per capita than Egypt, but will all be behind Egypt in providing vaccines.

There are several reasons for virus inequality in the Arab world. According to Jordanian economist Husam Ayash, one reason could be the lack of coordination amongst Arab countries, leading to record vaccinations in some countries, and none and others.

“Arab health disparities… reflected the weakness of Arab coordination or solidarity in facing the pandemic, creating more than one Arab level in facing this virus and its results.”

“What is evident is the absence of any meetings... at the level of the Arab League- to consider how to confront the pandemic and provide vaccines,”

Ayash is right: there has been no coordinated response on behalf of the Arab League throughout the coronavirus crisis. The topic has been cause for concern at the United Nations over recent weeks, after the organization seemed to have caught on to the steep pandemic-related inequalities- but the talks have been mostly fruitless, producing no more coordinated policy than was available at the outset of the pandemic in March.

Unlike the Arab League, however, the Gulf Cooperation Council (GCC) has had a somewhat systemic response to COVID-19, early on enacting contact-tracing, and similar lockdown measures, labor policies, and stimulus packages.

The 41st GCC Summit in early January, while perhaps overshadowed by the reconciliation with Qatar, saw the official creation of the Gulf Center for Disease Prevention and Control under the Al-Ula Declaration, which will assist the Gulf states in further pandemic coordination.

But according to Ayash’s analysis, the coordinated efforts between the GCC might have allowed for the further isolation of other Arab countries.

“Those rich countries focused their internal needs through spending from their sovereign funds and cash reserves, whereas other Arab countries have shrunk economies… all this caused increasing and widening the gap between the Arab countries, and led to more economic and social disparities between them.”

The coronavirus pandemic is not the point of departure for inequality in the Arab world. Instead, inequality has been a long-standing phenomenon that was exacerbated by the crisis. Many of the countries deeply in need of vaccines, including those who have procured insufficient supply, are the same ones facing deep economic or political strife.

Lebanon, for example, is facing its worst economic crisis since its 1975-1990 civil war, compounded by recovery from August’s nuclear blast. The Syrian pound has lost over 90 percent of its value since 2012, sending millions into poverty. Yemen is entering its sixth year of war amid a hunger and cholera pandemic. The occupation of Palestine appears to be worsening each year, with more illegal Israeli settlements, one of the biggest impediments to any future two-state solution, built in the last four years than ever before.

At best, none of these countries had disposable incomes before the outbreak of the pandemic, which is why many were late in obtaining precautionary items like masks and hand sanitizers. For the most part, they also saw lockdowns that were less restrictive than in the Gulf states, with a high percentage of their workforces being daily laborers that could not afford to stockpile food and other necessities.

This is also why many countries could not afford vaccines.

“[Some] were ready to pay the prices of these vaccines immediately, while almost all other Arab countries were either able to pay for part of the cost of purchasing vaccines and waiting for others to arrive as international aid to them. [Another] category of Arab countries are expecting the aid from others to provide them with vaccines for free,” said Ayash.

There was also no time for them to mull the decision, nor were there payment plans in place: by November, 90 percent of Pfizer and Moderna’s vaccines had been purchased by wealthy countries.

To Dr. Munther Al Harawat, Vice President of King Hussein Cancer Center in Amman, that inaccessibility is not only unfair, but a reflection of the way globalization has affected the Middle East, never playing to the hand of poorer countries.

“[The Israeli Occupation] is the perfect picture of this blatant contradiction in the absence of justice, so as long as Palestinians are under occupation, their choices will remain h0stage to what the occupation agrees to, even in terms of vaccines and disease.”

Despite being the global leader in inoculations, the Israeli Occupation has not provided Palestinians in the West Bank and Gaza with vaccines, which many rights groups say is a violation of international law per their responsibility as an occupying force.

“The coronavirus pandemic revealed the size of the gap between components of humanity, and the size of inhumanity in international values.”

Wealthy economies are rarely created without key relationships with world leaders. For the most part, the US has dominated vaccine supplies, providing not one but two of the most sought-after vaccines, Pfizer and Moderna. To Dr. Harawat, there is an inextricable relationship between the ability of a country to obtain US vaccines, and the country’s friendliness level with the US.

“[Countries who have begun vaccine campaigns] have a dynamic relationship with the US. They are all part of a deep and rooted alliance with the US and this has helped these countries obtain the vaccine, especially the Pfizer vaccine.”

“Pfizer is one of the most important vaccines, as it first obtained the required approvals from both the US and European Food and Drug Administration and the approval of the World Health Organization.”

His point may most clearly illustrated with the case of Jordan, a strategic US ally, who began its vaccine campaign Jan. 13. It was the first country after GCC countries to begin a campaign.

While the Jordanian economy is one of the most stable in the Arab world, it is not, by any means, as large as that of neighboring countries which have not yet begun campaigns but do not enjoy the same relationship with the US as Jordan.

Political alliances within the vaccine world are not particularly new or unbeknownst to the majority: In November, Germany said that it would ensure the Israeli Occupation would get a percentage of European Union vaccines, citing the ‘special relationship’ that the two share.

“It cannot be denied that there is economic and political interference in the process of obtaining the vaccine and launching vaccination campaigns early,” said Harawat.

Many questions remain of vaccine distribution in the Arab world: could an Arab League response be on the horizon? Existing agreements and the COVAX Initiative account for 40 percent of people in the region: where will the remaining 60 percent get their vaccines, and when?

The questions are unlikely to be answered soon, if ever. But the lives of many depend on their answer.

Jordan's inclusion in Gulf Cooperation Council is a ....