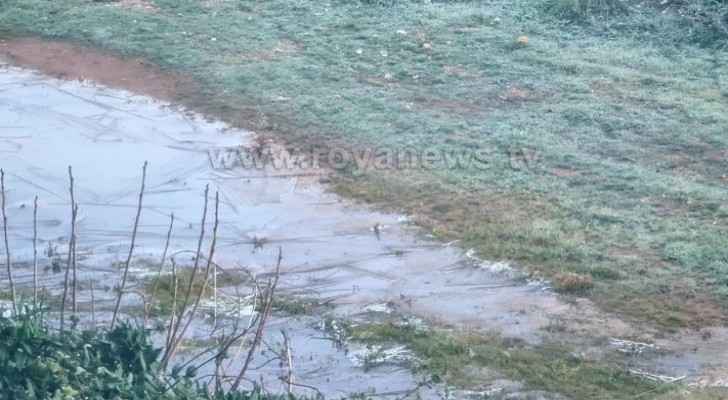 According to ArabiaWeather Thursday, the current temperatures are several degrees below their usual levels for this time of year.

The weather is generally cold in most regions, and very cold over the mountainous areas. There is the chance for the formation of ice and frost during the morning hours in large parts of the Kingdom, with light and volatile winds.

During the night, temperatures are set to drop to freezing temperatures of zero degrees Clesius. It is highly likely that frost and ice may form which will result in black ice.

The nights winds will be southeasterly and moderate, however they may become brisk at times which will increase the feeling of being cold.

Tuesday, ArabiaWeather announced that Jordan will be affected by an air depression associated with a very cold and polar air mass pushing towards the region which is set to extend until early Thursday. The effect of this air depression is accompanied by a significant decrease in temperatures, rain and snow.

Individuals are urged to exercise caution and remain aware due to black ice and fog, especially when operating a vehicle.