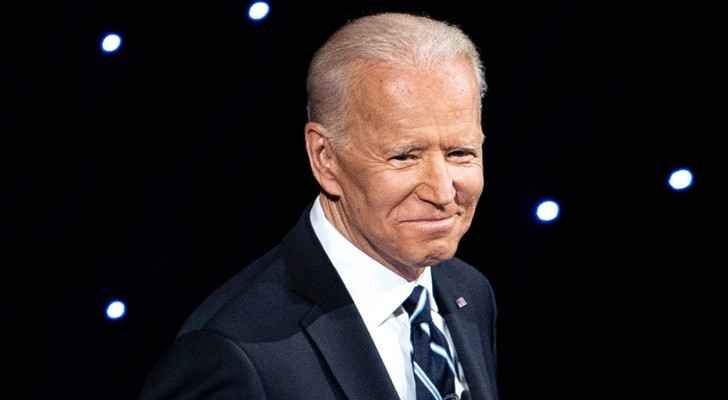 US President-elect Joe Biden announced Saturday that he will sign, on the first day of his presidency, a series of executive orders related to the COVID-19 pandemic, which many have criticized current president Donald Trump for mismanaging.

As the United States rapidly moves towards recording 400,000 COVID-19 deaths and more than a million infections per week, Biden plans to accelerate the American vaccine campaign by establishing local vaccination centers, and strengthening cooperation between the federal authority and the states. He also plans to make masks mandatory in federal and state buildings.

To combat the economic effects of COVID-19, the president-elect intends to extend eviction and seizure notice deadlines to help the over 10 million Americans who lost their jobs in the pandemic.

Earlier in the week, he also unveiled a $1.9 trillion economic stimulus plan that includes giving $1,400 checks directly to Americans, providing funds to reopen schools, and securing liquidity for small companies.

Further executive orders will relate to racial inequality and climate change, according to what Ron Klein, one of Biden’s senior advisers, declared as "crises that require urgent action," explaining that Biden wants to act quickly "to restore America's place in the world."

"President-elect Biden will act not only to repair the most serious damage caused by Trump's government, but also to open the way for the country to progress," said Klein, who will assume the position of chief of staff of the White House, indicating the new president's intention to reinstate the US to the Paris climate agreement.”

Biden is also set to lift the ban on entry to US territory for citizens of several Muslim-majority countries, which was imposed by Trump just days after he assumed office in 2017.

Adopting these first measures by executive order allows the new president to avoid passing through Congress.

Simultaneously, the implementation of massive security measures began in Washington, as well as in the capitals of several states, for fear of violence from Donald Trump's supporters on Wednesday's inauguration.

Washington authorities had transformed the American capital in recent days into a security zone. Concrete barriers and barbed wire have been deployed in the area surrounding the Capitol, which was subjected Jan. 6 to an incursion by supporters of outgoing President Donald Trump.

Friday, a man armed with ammunition was arrested in Washington while trying to cross one of the many checkpoints built around the Capitol building, where the inauguration ceremony will be held Wednesday, according to a police report.

Police found a loaded pistol and more than 500 rounds of ammunition with him. There were several posters on his white van defending the right to possess weapons, one of which read, "If they come to take your weapons, give them the bullets first."

The inauguration is often the occasion for hundreds of millions of Americans flocking to the capital to attend the ceremony in the outer courtyard of the Capitol.

But this year’s ceremony will have a special flavor, as the large outdoor square in front of Congress will be closed to the public.