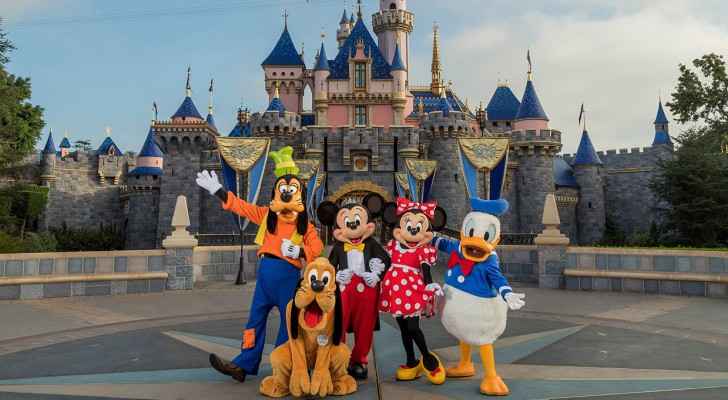 Those who managed to register online for appointments drove to the Disneyland parking lot located in Anaheim, California Wednesday morning.

The priority went to those over 65 years of age and medical personnel.

"Today for many people getting vaccinated, it is truly the happiest place on Earth," said Orange County supervisor Lisa Bartlett, referencing the famous Disney descriptor.

Anaheim, which is a county near Los Angeles announced Disneyland would host its first vaccination "super POD" site late Monday. They received 10,000 registrations within the first two hours Tuesday.

According to AFP, California's slow roll-out of the COVID-19 vaccines has been widely criticized, with one of the lowest per capita inoculation rates in the United States.

"The state vaccine rollout has been a bit disappointing," supervisor Donald Wagner told a press conference, adding that Disney has “come together to pick up the slack.”

According to onsite healthcare officials, 7,000 vaccinations are set to take place per day.

California, which was initially praised for its great handling of the pandemic, has become a COVID-19 hotspot in recent weeks, with the western state passing 30,000 COVID-19 deaths Tuesday and doubling in infections since early December to 2.75 million.

Orange County aims to inoculate "all residents" by July 4, under its "Operation Independence," said supervisor Andrew Do. It has been allocated 170,000 doses so far, with a population of over 3 million.

Fifty-one years later, one of the Zodiac Killer’s messages ....