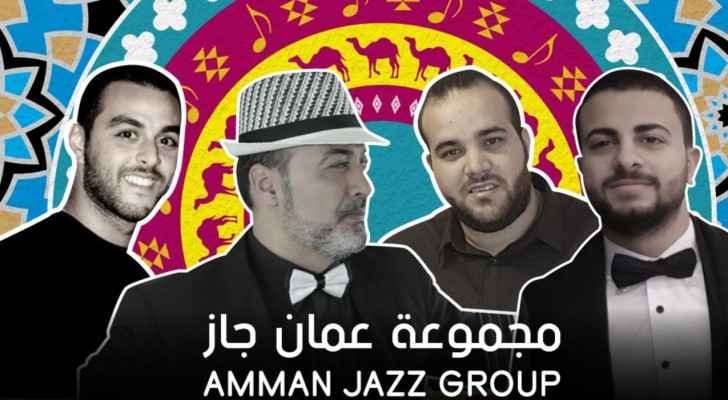 Bringing together internationally renowned jazz artists, educators and jazz fans from around the world, the 18th Panama Jazz Festival is now underway. The festival will take place virtually on its online platform through Jan. 23.

Among the main artists at this year's festival is Panamanian pop star Erika Ender in a special duet with jazz pianist and festival artistic director Danilo Pérez. Panamanian salsa star Rubén Blades will perform with Roberto Delgado Salsa Big Band. As a special event, the festival will feature a virtual concert of the Wayne Shorter Quartet's latest performance and the celebration of their 18-year musical collaboration.

Regarding the performance, Danilo Pérez stated, "Performing the last Wayne Shorter Quartet concert in Panama was not only unexpected but a true blessing and gift from the universe. I thank Wayne, Brian, John and Carolina Shorter for their generous contribution to our social work in Latin America."

Jordanians artists will participate in this year’s festival on Jan. 21. Amman Jazz group, made up of 3 Jordanian artists (Maan Baldoun, double bass; Yousef Musharbash, Piano and Mohammad Jaber, percussion) and one Cuban (Andy Geraldo Fuentes, trumpet and saxophone), is a new bet on the jazz music scene in Jordan, a country that enjoys the conjunction of Latin sounds linked with traditional jazz.

The long-standing festival will celebrate its 18th anniversary and honor Panamanian singer Enid Lowe and saxophonist Walter “Gene” Jefferson. Enid Lowe, also known as "the Sarah Vaughan of Panama" was born in the province of Colón in 1935 and from an early age she sang in various Panamanian stages with important musicians such as Clarence Martin. Lowe moved to New York many years ago and remains an active performer on the jazz scene to this day. Gene Jefferson, born in 1931 in Panama City, also moved to New York City and over the years performed with prominent artists such as Tito Rodríguez, Ray Charles, Arsenio Rodríguez, among others. Lowe and Jefferson are pillars of the New York music scene and part of the Panamanian music community along with Mauricio Smith, Frank Anderson, Vitin Paz, among many others.

In addition, the festival will host the IX Latin American Symposium on Music Therapy whose theme is Music and Community, bringing together music therapists from Chile, Argentina, Panama, Colombia, Uruguay, the United States, among other countries, to present on the therapeutic effects of music; the V Symposium of Cultural, Artistic and Musical Expressions of Afro-descendants of Panama, the VI Home Education Congress, clinics on different topics related to music, and a variety of Panamanian musicians who will perform virtually, thus completing more than 80 events during the Panama Jazz Festival 2021.

Participating Boston-based educational institutions, Berklee College of Music and the New England Conservatory, will audition for admission and scholarships, and students will provide clinics. The Berklee Global Jazz Institute will offer master classes and host the innovative program where students earn college credit.

Since its inception in 2003, the Panama Jazz Festival has attracted more than 350,000 jazz fans from around the world, has announced more than 4.5 million dollars in national and international scholarships, and its educational component brings 5,000 music students from all over the world. the world each year to Panama City, creating the most important cultural and educational exchange in Central America.

Thanks to the sponsorship of the National Government and the Bicentennial Commission, the Panama Jazz Festival is produced by Panama Jazz Productions for the benefit of the Danilo Pérez Foundation under the Co-production of City of Knowledge foundation.

Complete details about the Panama Jazz Festival are available here.

Amman Jazz Festival kicks off on ....