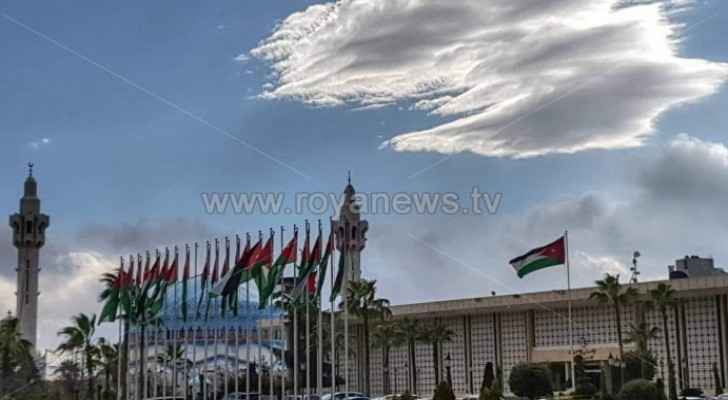 Saturday, according to the ArabiaWeather website, temperatures remain cold to relatively cold in most regions of the Kingdom.

The regions where it is less cold are the Jordan Valley, the Dead Sea and the Aqaba regions. Quantities of clouds will appear at different heights in these areas.

The winds will be moderate to brisk, especially in the north and center of the Kingdom, and they will increase the feeling of cold.

The weather is generally cold in most regions, and very cold in areas of the Badia, the eastern plains, and some areas of the Sharah Mountains.

Humidity levels are high, and fog is expected to form with the hours of dawn and early morning in some valleys and in parts of the Badia and the eastern plains.

The night time will bring quantities of clouds at different altitudes, especially in the south and east of the country.

The winds will be light to moderate.

Sunday’s weather will be quite similar to Saturday’s, with the weather being relatively cold to cold in most regions, and less cold in the Jordan Valley, the Dead Sea and Aqaba regions, with the appearance of quantities of clouds at different heights.

Citizens and residents are urged to remain cautious and attentive due to fog which may form, especially when operating a vehicle in the Badia regions and the eastern plains.