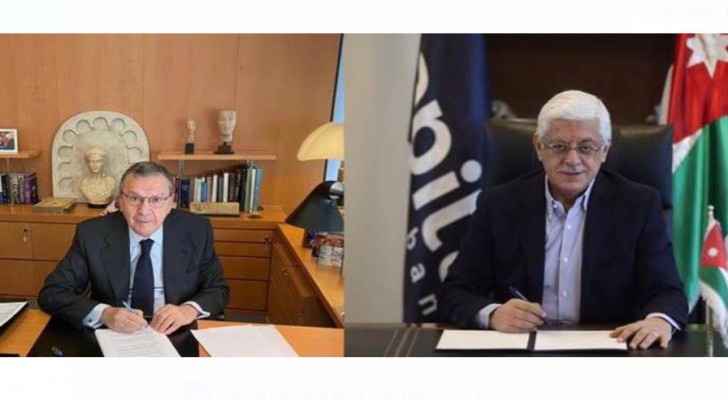 The completion of these transactions remains subject to the receipt of the final approval of the related supervisory and regulatory authorities.

The agreements were signed by the Chairman of Capital Bank Group His Excellency Bassem Khalil Al-Salem, and Chairman and Group CEO of Bank Audi Samir Hanna, who both confirmed that the acquisitions were achieved after an in-depth due diligence exercise conducted in accordance with the applicable legislations, and after obtaining the preliminary approvals of the Central Bank of Jordan and the Central Bank of Iraq.

Al-Salem stated on this occasion that “this agreement is in line with Capital Bank’s expansion strategies regionally and locally, ultimately strengthening its competitive position. This acquisition is a first in the Iraqi banking sector, and will only serve to support the National Bank of Iraq even further.

The move will also enhance the steadfastness of Capital Bank Group’s financial indicators, allowing it to continue providing innovative and efficient banking services to corporate and individual customers, as well as the continued development of products and solutions supported by the Bank’s bold digital transformation policy.”

Commenting on the agreement, Hanna explained that “these transactions further reinforce our Bank’s role in facing the considerable challenges Lebanon has been exposed to for over a year now.” He added: “The selection of Capital Bank as exclusive bidder on this transaction was made taking into account the business continuity of Bank Audi’s entities in Jordan and Iraq, and the interests of their stakeholders, employees and customers alike, in addition to the beneficial impact which the transaction is expected to have on their future business development.”

In turn, Capital Bank's Chief Executive Officer Dawood Al Ghoul, assured that all of Bank Audi client’s accounts would be retained along with its staff. “We will honor all commitments towards clients that were contracted by Bank Audi's units in Iraq and Jordan as they are”, he said.

End of September 2020, Bank Audi’s assets in Jordan reached JD 506 million, while those of its Iraq branches reached IQD 275 billion. Accordingly, these acquisitions will contribute to increasing the consolidated assets of Capital Bank to JD 3.6 billion, while its shareholders’ equity will reach JD 400 million.

The acquisition of Bank Audi’s operations in Jordan and Iraq falls within Capital Bank Group’s development and expansion strategy, as well as within its plans to develop its digital performance and transformation, which guarantees the highest levels of speed, accuracy and customer satisfaction.

Ever since its founding in 1995, Capital Bank Group has expanded its activities to become one of today’s main institutions specialising in Investment Banking in Jordan and Iraq. Capital Bank Group has indeed implemented a full-fledged plan to develop its products and services, and to keep up with the latest technological advances with a view to strengthening its position in both countries and offering a complete range of banking services to all sectors, including Private Banking, as well as Investment advisory and opportunities to all Group clients.

The latest financial statements published by Capital Bank in September 2020 show JD 365.5 million of shareholders’ equity and total assets up by 28% to reach JD 2.8 billion.

Capital Bank is the only Jordanian financial institution to own a bank in Iraq, with a share of 61.85% of National Bank of Iraq’s capital which totals USD 210 million.

Bank Audi is a Lebanese banking group with a footprint in the MENAT region and Europe. The Bank offers universal financial products and services including Corporate Commercial, Retail and Personal, and Private Banking services, in addition to capital market activities and factoring.