Israeli Occupation will be first in world to emerge from coronavirus crisis: Netanyahu

Israeli Occupation will be first in world to emerge from coronavirus crisis: Netanyahu 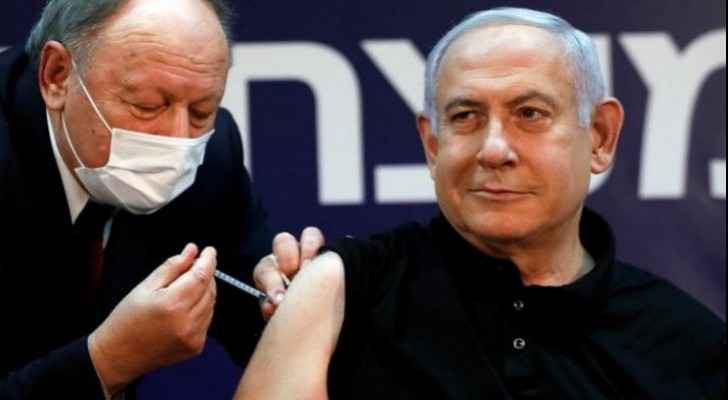 On Twitter, Netanyahu tweeted an image depicting that half a million people have received the vaccine in the Israeli Occupation. “We worked to bring millions of vaccines to the Israeli [Occupation] and [we] are the world champion in vaccines,” he said, adding that it is his task to ensure the continuation of this progress. 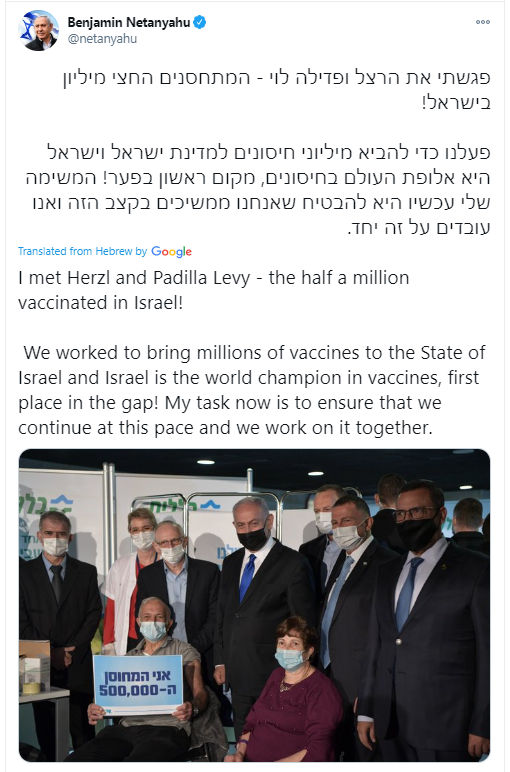 In another tweet, Netanyahu highlighted the aim to vaccinate 150,000 people daily. “The numbers continue to be staggering,” he claimed.

Netanyahu stated that at a rate of 150,000 vaccinations a day, 4.5 million citizens would become inoculated, indicating that by doing so, the Israeli Occupation will be able to get rid of COVID-19 within 30 days. 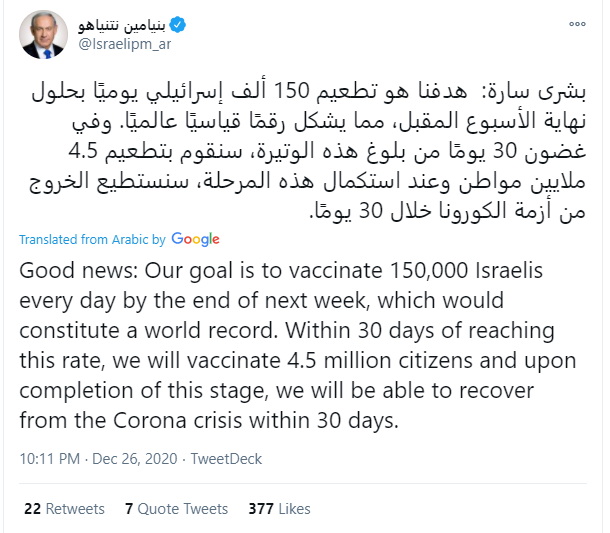