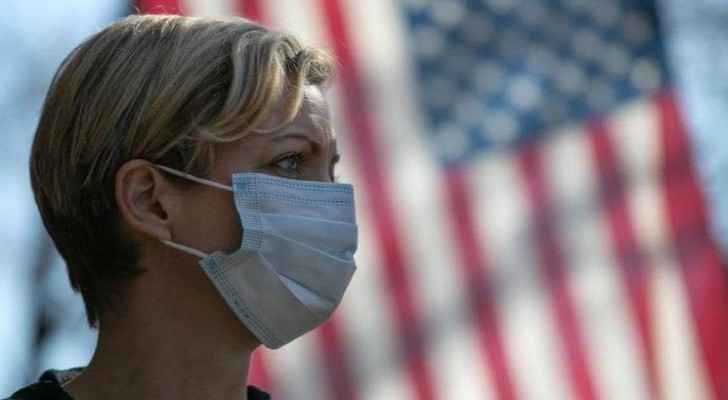 Monday, the number of people infected with COVID-19 in the US has reached 19,107,675 since the start of the pandemic, according to data published by Johns Hopkins University, meaning that the nation has recorded an additional one million cases in under one week.

The Johns Hopkins data, which is considered a reference in tracking the pandemic, showed that the US is in the lead worldwide in terms of the number of infections and deaths caused by the virus.

Just six days ago, the US crossed the threshold of 18 million cases.

Additionally, the country also counted a total of 333,069 deaths due to COVID-19.

In attempts to combat the pandemic, the outgoing US President Donald Trump, as a ‘farewell gift’, signed a new stimulus plan for the economy worth 900 billion dollars, which gives subsidies to families and small businesses affected by the pandemic.

The Chief Infectious Disease Expert Anthony Fauci warned Monday that the worst of the COVID-19 epidemic may not have even happened yet. “The worst is yet to come,” he said, adding that the US is at a “critical point.”

"We very well might see a post-seasonal — in the sense of Christmas, New Years — surge," Fauci said on CNN's ‘State of the Union’ program.

Fauci shared his concerns with President-elect Joe Biden, voicing concern about the dark days approaching the US.

On the other hand, a ray of hope seemed to glimmer upon the dark clouds looming over the US as the nationwide vaccination campaign ‘Operation Warp Speed’ began, which gives priority to health workers directly exposed to the virus and other care facilities.

However, the initial vaccine quantities were short of the federal government's promises.

In order to boost the public’s confidence in the vaccine, Biden decided to receive the Pfizer-BioNTech vaccine live against camera.

"In the meantime," he said, "I hope people listen to all the experts... talking about the need to wear masks" during the holidays.