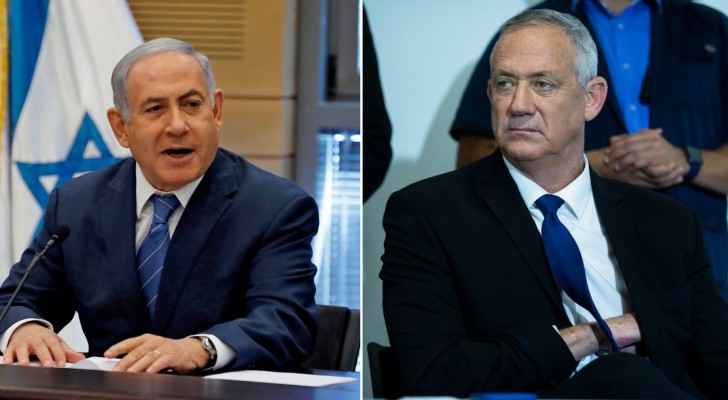 The Israeli Occupatiomn returned to political turmoil Wednesday, on its way to its fourth elections in less than two years, after the split ruling coalition headed by Prime Minister Benjamin Netanyahu failed to pass the budget.

The coalition led by Netanyahu and its rival in the previous elections, Defense Minister Benny Gantz, had been slowly advancing towards collapse for weeks amid mutual hostility and distrust.

The dissolution of parliament, which set March 23 as the date for elections, will likely force Netanyahu to seek reelection while the COVID-19 pandemic remains rampant and his corruption trial continues.

The coalition led by the right-wing Likud party led by Netanyahu and the centrist Blue and White party led by Gantz had a deadline ending Tuesday at midnight on Wednesday to approve the 2020 budget.

Failure to achieve this resulted in the dissolution of Parliament.

This constitutes a chaotic disintegration of the troubled political alliance between Netanyahu and Gantz, who faced in three unresolved elections in April, September 2019 and last March.

"I told them (...) that if they do not depend on each other and learn to work together, they will find themselves stranded side by side," Maariv daily quoted former MP Haim Ramon, who advised the Blue and White party in the recent mediation efforts.

Netanyahu and Gantz agreed to form a so-called unity government in April.

Gantz said that he had never trusted Netanyahu, but that he wanted to spare the Israelis a fourth election, especially amid the acceleration of the spread of the new coronavirus.

The three-year coalition agreement stipulated that Netanyahu would serve as prime minister for an 18-month term, with Gantz taking office in November 2021.

Gantz called on the government to pass a budget covering the years 2020 and 2021, arguing that the Israeli Occupation needs stability. But Netanyahu refused to approve the 2021 budget.

His opponents say he has thus pursued a political tactic to keep the alliance unstable, making it easier for him to overthrow the government before he is forced to cede power to Gantz.

"The ongoing political crisis in Israel will continue as long as Netanyahu remains prime minister, and a government cannot be formed without him," said Johanan Plesner, head of the Israel Democracy Institute.

Late Sunday, Blue and White said it had reached an agreement with Likud on a bill to buy more time to pass the budget. But the Knesset rejected this law on Tuesday, after another bitter confrontation between Netanyahu and Gantz.

Representatives from Likud and Blue and White voted against the coalition proposal.

Both Netanyahu and Gantz face significant political risks in the March elections. Political commentators said Netanyahu had always planned to force elections before the prime minister's office vacated Gantz, but that he would have preferred to have the voting date in June or later.

This would have allowed more time for vaccination campaigns against the coronavirus and may push the the Israeli Occupation economy towards a recovery.

The March elections will force Netanyahu to campaign in February, the month during which he is supposed to appear in court three times a week to be tried for bribery, fraud and breach of trust.

He is accused of accepting gifts and seeking to barter with media moguls for positive coverage, but denies any wrongdoing.

Netanyahu is also facing a new challenge from the right-wing led by Gideon Saar, who withdrew from the Likud party to form his "New Hope Party."

The latest opinion polls indicate that he is totally behind Netanyahu's Likud party.

On Wednesday evening, Water Minister Ze'ev Ilkin announced his resignation from the government, especially denouncing the "cult of the person" within the Likud. He will join the Saar party.

A poll conducted by the Public Broadcasting Corporation expected to win twenty seats in the 120-seat parliament, compared to 28 seats for Likud. This could allow the New Hope party to experiment with building the coalition that is at the core of the Israeli Occupation electoral system.

Netanyahu will likely focus on the recent achievements of his state, including a series of normalization agreements brokered by the United States with a number of Arab countries.

But he will no longer be able to show off his strong alliance with outgoing President Donald Trump.

At the same time, Gantz's political opportunities diminished as his alliance with Netanyahu split "Blue and White." Recent opinion polls indicate that the party will only win a small number of seats if elections are held soon.

Gantz's former ally, Yair Lapid of the Yesh Atid party, has become the opposition leader in parliament, but opinion polls indicate that Lapid will have to make arduous efforts to form a government.