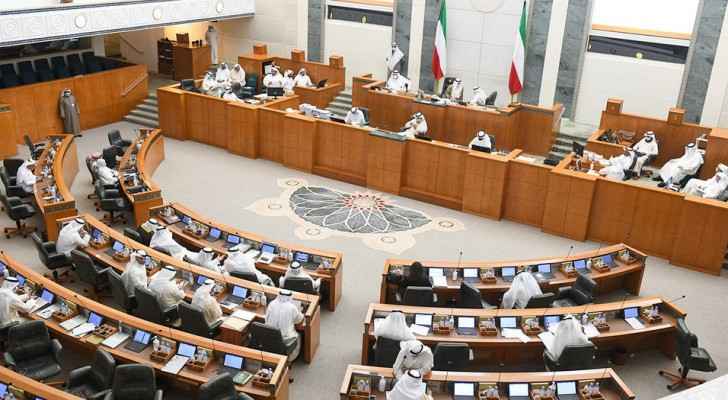 Kuwait formed a new government Monday with changes in the ministries of oil and finance, the Kuwait News Agency announced, amid calls for economic reform in the country facing a drop in oil prices.

The new government comes after the previous government submitted its resignation according to the protocol, following the legislative elections that took place early this month, in which the Kuwaiti opposition strengthened its position by winning 24 deputies affiliated with it in the National Assembly, which includes 50 representatives.

The new government includes 10 new ministers, including Muhammad Al-Faris, who was appointed as Oil Minister, and Khalifa Hamada as Minister of Finance, according to the Kuwait News Agency.

Al-Faris is a member of the Board of Directors of the Kuwait Petroleum Corporation.

The government, consisting of 15 ministers, will be the first since the new Emir, Sheikh Nawaf Al-Ahmad Al-Jaber Al-Sabah, assumed power on September 29.

Sheikh Thamer Ali Sabah Al-Salem Al-Sabah will assume the position of Minister of Interior, while Sheikh Hamad Jaber Al-Ali Al-Sabah has been appointed as Deputy Prime Minister and Minister of Defense.

"From the formal side, it is a relatively technocratic government," Ayed Al-Manaa, a political analyst, told France Press.

"It remains to be seen what its program will include and how it will implement the prince's directives," he added.

This is the second government to be formed in less than a year, after the government resigned in November 2019 over accusations of corruption and disagreements.

The new government includes one woman, as Rana Al-Fares kept her position as Minister of Public Works.

Unlike other countries in the region, Kuwait enjoys an active political life, and its parliament, whose members are elected to a four-year term, has broad legislative powers and often witnesses intense debate.

In recent years, Kuwaitis have expressed their desire for reform and change in their country, where expatriates constitute 70 percent of the population.

Kuwait was the first Arab Gulf state to adopt a parliamentary system in 1962. It granted women the right to vote and run in elections in 2005.

The country has been shaken for several years by recurring political crises, including with the government, and figures from the ruling family and the parliament, which has been dissolved several times.

And between mid-2006 and 2013 and especially after the Arab Spring in 2011, the country witnessed the resignation of ten governments.

Kuwaiti political analyst Anwar Al-Rasheed said that "what is required at the present time is to change the approach of government administration," explaining, "This approach has not changed for years, which led to the dissatisfaction of the Kuwaiti street."