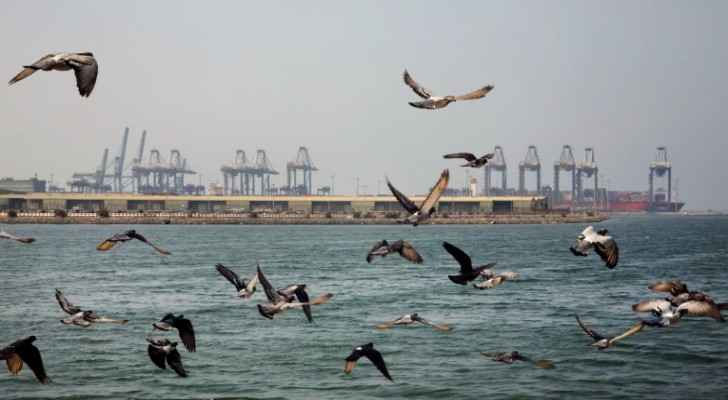 An explosion occurred on board an oil tanker off the Saudi port of Jeddah, in the west of the Kingdom, the owner company announced Monday, in what appeared to be a new attack targeting the Saudi energy infrastructure.

The Singapore-based Hafnia company said in a statement that the BW Ryan tanker, which carries the Singapore flag, "was hit by an external source while it was unloading its cargo, which caused an explosion and a fire."

"The crew put out the fire with the help of firefighters on land and tugboats," she added, noting that none of the 22 sailors was injured.

No one has claimed responsibility for the explosion, which occurred at a time when the Houthi rebels in Yemen have intensified their attacks against targets in the Kingdom, which is leading in the neighboring poor country a war against the rebels backed by its arch-foe Iran.

While the Saudi authorities did not immediately confirm the accident, the owner company said that the attack caused damage to the tanker's body, without ruling out the occurrence of an oil leak.

"It is possible that some oil has leaked from the ship, but this has not been confirmed, and the devices now indicate that oil levels on board the ship are still at the same level they were before the accident," she said.

The marine information company "Dry Global" based in London confirmed the explosion Sunday night, Monday, explaining that it occurred in a ship "while it was carrying out operations at the main berth at Aramco port in Jeddah."

However, she referred to the oil tanker as "Desert Rose" flying the flag of the Dominican Republic or Saudi Arabia, "Saudi Hope."

Last November, an explosion rocked a Greek tanker in the Saudi port of Al-Shaqiq, according to Athens, while the Saudi-led coalition condemned Yemen as a "terrorist act" carried out by the Houthi rebels.

The Houthis targeted with a missile a distribution station for petroleum products belonging to Aramco in the north of the city of Jeddah, two days before the attack on the Greek tanker.

These incidents come to confirm the fragility of the oil infrastructure in the Kingdom of Saudi Arabia in the face of attacks, at a time when the Houthis are escalating their strike against the Kingdom in response to the military campaign in Yemen, they assert.

Since 2015, Saudi Arabia has led a military alliance in neighboring Yemen in support of the internationally recognized Yemeni government in its war against the Iranian-backed Houthis, who control vast areas in northern and western Yemen, including the capital, Sanaa.

Oil tankers in the Gulf region and the Red Sea have come under mysterious attacks in the past two years. Saudi Arabia and the United States have held responsibility for Iran, who has denied any role in it.

Saudi Arabia has repeatedly accused Iran of supplying the Houthis with advanced weapons, which Tehran denies. It also held it responsible for unprecedented attacks against Aramco facilities in September 2019 that caused about half of its production to stop for days.

The Kingdom is exposed to ballistic missiles and explosive drones launched from Yemen at its airports and oil installations.

Since the start of the war in Yemen, tens of thousands of people have been killed, the majority of them civilians, and millions have been displaced. The six-year war has resulted in the world's worst humanitarian crisis, according to the United Nations.

The United States is currently looking into the possibility of classifying the Houthi rebels as a "terrorist organization," which raises the concerns of humanitarian organizations, who warn that the move will impede the delivery of aid and push the country mired in war to starvation.