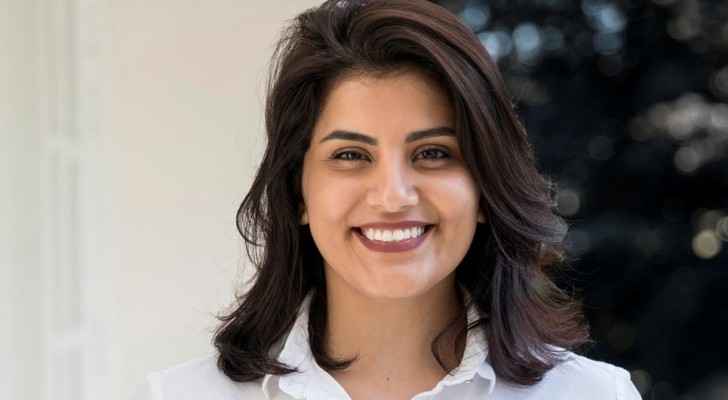 Saudi authorities Wednesday transferred the case of the activist Loujain Al-Hathloul to a court specialized in combating terrorism, according to her family, which indicated that the young woman appeared in poor health during a court session in Riyadh Wednesday, two years after her arrest.

Al-Hathloul's trial began in March 2019, nearly a year after she was arrested with other human rights activists, on the grounds of "communicating with foreign entities," according to local media.

Al-Hathloul is being tried before the Criminal Court, but it was decided in the Wednesday session to transfer her case to the Specialized Criminal Court, which was established in 2008 to hear cases related to combating terrorism, including cases of political detainees.

Her sister Lina, who lives in Europe, wrote on Twitter, "The case of my sister Loujain Al-Hathloul was referred to the Specialized Criminal Court, the Terrorism (Cases) Court."

"She appeared weak in court, her body was shaking uncontrollably, and her voice was faint and vibrating," she added.

But her other sister, Alia, wrote in a tweet that the activist who started a hunger strike last month in protest of not being allowed to communicate with her family, read her four-page defense before the judge.

Western diplomats told AFP that they were prevented from attending the court session and that the official reason for preventing them was the measures taken to combat coronavirus.

There was no immediate comment from the authorities on the decision to transfer the case to the Anti-Terrorism Court, or on the developments of the case and other cases of activists who were arrested based on what human rights groups described as vague accusations, including contact with foreign media, diplomats and activist groups.

Local pro-government media described Al-Hathloul and others as "traitors," while her family alleges that she was subjected to sexual harassment and torture while in detention, charges that the authorities vehemently deny.

The arrest of the activists highlighted the human rights record of the kingdom, which faced severe international criticism after the murder of Saudi journalist Jamal Khashoggi in its consulate in Istanbul in 2018.

After referring the case of Al-Hathloul to the court specialized in terrorism cases, Lynn Maalouf, an Amnesty International official, said, "The Saudi authorities could have decided to end two years of the nightmare of the courageous human rights defender, Loujain Al-Hathloul."

"Instead (...) she referred her case to (...) a body used to silence dissenting voices and notorious for issuing (long years in prison) sentences following highly biased trials, she added.

Al-Hathloul began a hunger strike in prison to demand regular contact with her family, her family members said.

Amnesty International said that Al-Hathloul ended this strike after two weeks, noting in a tweet on Wednesday that "the guards would wake her from sleep every two hours, morning and evening, with a harsh tactic to break her."