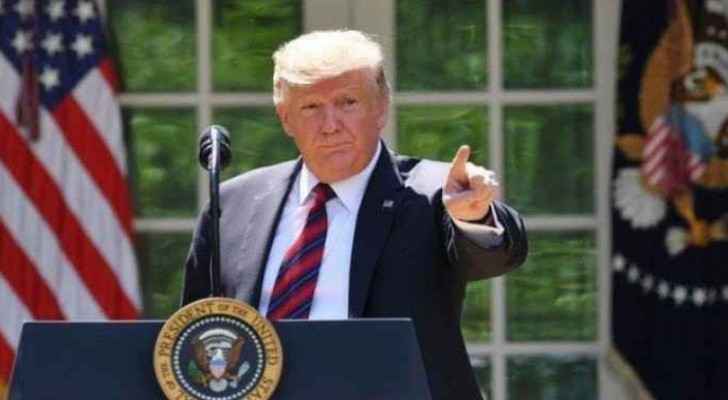 Outgoing US President Donald Trump, who still falsely claims he won a second-term based on fraudulent voting, Tuesday fired an official in charge of election security for denying allegations of fraud.

Official agencies deny allegations of fraud because Trump has not produced any evidence.

Tuesday evening, Trump announced the dismissal of Chris Krebs, director of the Agency for Cybersecurity and Infrastructure Security, who declared that the presidential election "was the safest in US history."

Trump wrote in a tweet on Twitter that "the recent statement issued by Chris Krebs regarding the security of the 2020 elections was not accurate at all, as there were violations and widespread fraud."

"Therefore, with a decision effective immediately, Chris Krebs was removed from the position of Director of the Agency for Cybersecurity and Security of Infrastructure."

Chris Krebs responded in a tweet saying, "We did it right."

Chris Krebs allegedly told friends last week that he expected to be fired.

Democrats quickly denounced Trump's announcement and called for an acceleration of the transition process toward Joe Biden's presidency.

Senator Mark Warner, a Democratic official in the Senate Intelligence Committee, said, "Chris Cripps is an exceptional official and he is exactly the person the Americans want to protect the security of our elections. The president's decision to dismiss him just for telling the truth has many connotations."

Last week, the agency issued a joint statement with other local and federal government agencies responsible for election security, stating that "the Nov. 3 elections were the safest in the history of the United States."

The statement added, "There is no evidence that any electoral system deleted, lost or modified votes, or that it has been compromised in any way."

"Despite our knowledge that our electoral process is the subject of many baseless allegations and disinformation campaigns, we can assure you that we have absolute confidence in the security and integrity of our elections."

"It's pathetic, but unfortunately it can be expected," said Adam Schiff, the Democratic leader of the House Intelligence Committee. "The preservation and maintenance of our democratic processes will be grounds for impeachment."

Former presidential candidate Senator Elizabeth Warren described the dismissal as an "abuse of power" by a "weak and desperate" president.

Democrat Nancy Pelosi, US House of Representatives Speaker, said Chris Krebs was "widely respected" and was fired "because he told the truth to power and rejected Trump's ongoing campaign" on electoral fraud.

For his part, Republican Senator Richard Barr said that Chris Krebs and his team "worked relentlessly to strengthen our electoral infrastructure."

And if a few Republicans in Congress were quick to acknowledge Biden's victory, a number of others remained silent or publicly supported Trump's accusations of fraud.

And in blatant conflict with American political traditions, Trump still refuses to acknowledge his defeat, in a position that would complicate the transitional period for Biden, who is supposed to assume his duties at noon on January 20, 2021.

Since the announcement on November 8 of Joe Biden's victory, most world leaders have congratulated him, which has strengthened the idea that no one, neither in the United States nor abroad, takes seriously the accusations launched by Trump or the judicial moves made by his electoral team.

But some ministers and closest advisers to the outgoing president say he is preparing for a "Trump second term."

On the other hand, Biden continues his preparations for the start of his future term. Tuesday, he chose ten members of his campaign team, half of them women and including a Black representative, to join him at the White House when he takes office January 20.

World leaders react to the election of Joe ....

World leaders react to the election of ....