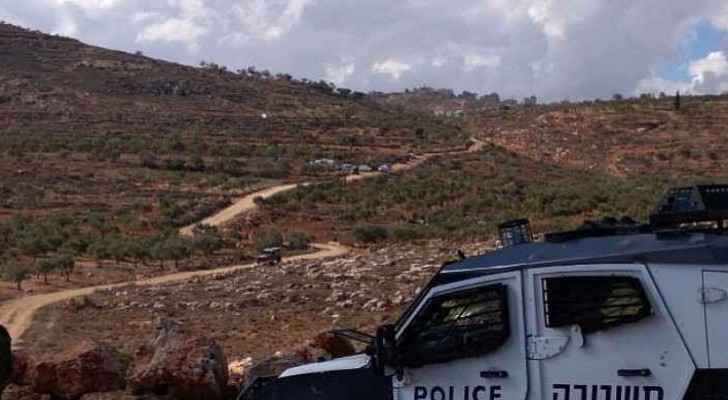 Thursday, the European Union condemned the Israeli occupier's large-scale demolition of Palestinian housing and infrastructure, calling for the abandonment of school demolition projects.

Europeans are protesting the demolition of more than 70 homes and health facilities belonging to 11 Palestinian families, including 41 children, in the village of Khirbet Hamsa al-Fawqa (Hamsa al-Buqi’a) in the northern Jordan Valley, according to a spokesman for the European Union Foreign Minister Josep Borrell in a statement.

Tuesday evening, Israeli occupier bulldozers destroyed the entire small Bedouin village of Humsa al-Buqi’a, including tents, livestock pens and solar panels near the city of Tubas, in the northeastern West Bank, leaving dozens of homeless people behind, according to an AFP photographer.

"This large-scale demolition confirms once again the unfortunate trend of confiscation and demolition (followed) since the beginning of the year," the spokesman said.

He emphasized that this "is in addition to the threat to demolish a Palestinian school in the Ras El-Teen community in the central West Bank, which was funded by the European Union and member states of the Union," noting that 52 Palestinian schools are under threat of demolition.

He reminded the European Union that "learning is a fundamental human right that should be protected and preserved."

The statement concluded by saying that "such developments constitute an obstacle to the two-state solution, and the European Union calls once again on Israel to put an end to all these demolitions, including (demolishing) facilities funded by the European Union, especially given the humanitarian impact of the emerging coronavirus epidemic that is currently spreading."

The Jordan Valley is a strip of strategic border lands that extends from the Sea of Galilee to the Dead Sea.

The Jordan Valley is located mainly in the area classified "C" of the West Bank, which is completely under the control of the Israeli occupation, which plans to annex it.

IOF forces Palestinian to demolish his own house

IOF forces Palestinian to demolish his own house

IOF forces Palestinian to demolish his own ....

IOF forces Palestinian to demolish his ....