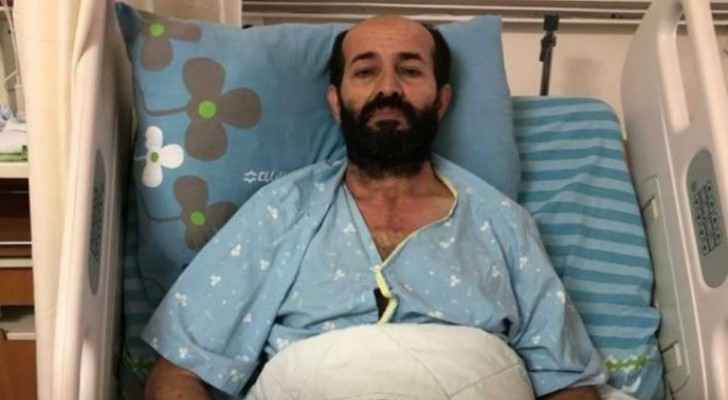 Palestinian prisoner, Maher al-Akhras, has not eaten for 84 days as he continues his hunger strike in protest to his administrative detention by the Israeli occupation since late July.

Al-Akhras was admitted to Kaplan Hospital earlier this month and his health deteriorated due to the hunger strike.

In press statements, the prisoner's wife said he is suffering from chest and stomach pains, heacaches, and severe weakness in the body, noting that he does not consume anything but water.

"My husband, since the start of the hunger strike has been only drinking water. We are really concerned and afraid for his life as his health is deteriorating, and I am afraid that I will lose him," al-Akhras's wife added.

However, the occupation authorities continue to refuse to release him and end his administrative detention, despite warnings from human rights organizations and Palestinian political parties.

"I refuse to give in to the decisions of this occupying state. I will either return freely to my children and to my people, or I will die without submission," al-Akhras has previously told Anadolu Agency.

Roughly 350 Palestinians are currently held in administrative detention by the Israeli occupation.

On brink of starvation, activists demand release of ....

On brink of starvation, activists demand ....

On brink of starvation, activists ....