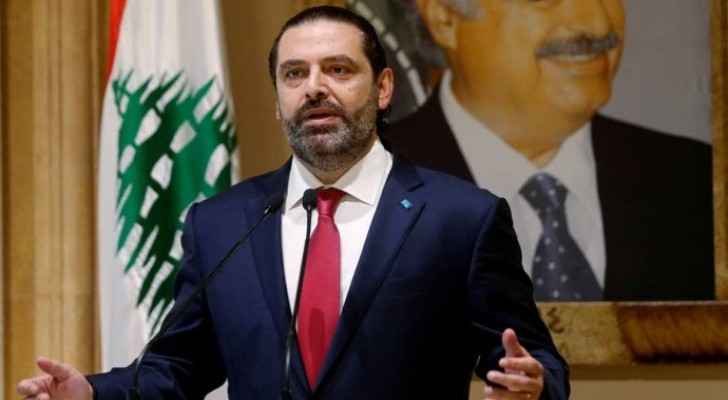 Nearly one year after the start of mass anti-government protests that led to his resignation, ex-PM Saad Al Hariri could once again be up for premiership in crisis-hit Lebanon.

“I am the natural candidate for prime minister,” Hariri said in a television interview Thursday.

He continued by saying that his candidacy, which he has denied for months, comes as a last resort for the country which is on the brink of collapse both politically and economically.

Anti-government protests have rocked Lebanon since last October, when citizens took to the streets to demand an overhaul of a system that protesters say allows the corrupt political elite unchecked power.

The protests led to the resignation of Hariri and the election of now-caretaker PM Hassan Diab, who filled his cabinet with technocratic leaders, another demand of protesters.

But the situation in Lebanon only continued to deteriorate, and amid existing calls for Diab to step down, the country’s unique confessional power-sharing system was forced into the international spotlight in August, when over 2,000 tons of ammonium nitrate exploded in the Beirut Port, killing over 200 and leaving more than 6,000 injured.

The ammonium nitrate was stored carelessly at the Port for years, leaving many to blame the disaster on the government’s negligence and renew calls for political overhaul. On August 10, Diab and his cabinet stepped down, leaving a power vacuum in the country.

French President Emmanuel Macron hoped to pressure Lebanese leaders into filling this void by forming a new French-backed government known as the French Initiative. On August 31, with French support, diplomat Mustapha Adib was designated as the new PM.

Due largely to disagreements with the Shiite Amal Movement, led by Speaker of Parliament Nabih Berri over cabinet positions and rotations, Adib failed to form a new cabinet and resigned on September 26.

Hariri, a Sunni Muslim known for his alliances with the West and Gulf States, stated Thursday that he will support the French Initiative, and allow the Finance Ministry to go to a Shiite candidate, a win for Berri. At the same time, he urged Future Movement ally Hezbollah, who is backed by Iran, to make “concessions” for the sake of the Lebanese people.

“If the political parties really want to stem the collapse and rebuild Beirut, they must follow the French initiative,” said Hariri.

The new Lebanese PM is set to face issues not only in parliament, but with the people of Lebanon who are staunchly divided about the country’s next move. Many remain loyal to a political party, whereas others insist it is those very political parties that have left Lebanon in its most dire economic situation since its 1975-1990 civil war.

In the last year, the Lebanese Lira, which had been stably pegged to the dollar for thirty years, depreciated over 80 percent, sending 60 percent of the population into poverty. To curb the effects of hyperinflation, the country’s central bank, Banque du Liban, has been subsidizing necessary goods for months; however, with BDL running low on foreign currency, the price of medicine and other essentials is set to skyrocket in the coming months.

Many worry that the country’s political instability and worsening economic conditions could lead to yet another civil war.

“I fear a civil war because what is taking place from military parades and arms in the streets of Beirut, and yesterday in Baalbek-Hermel, portrays the collapse of the state,” Hariri said Thursday, referencing a series of social media videos posted this week that showed armed rival clans blocking roads in the Bekaa governorate.

Lebanese President Michele Aoun has set October 15 as the date for binding parliamentary consultations to select the new PM.