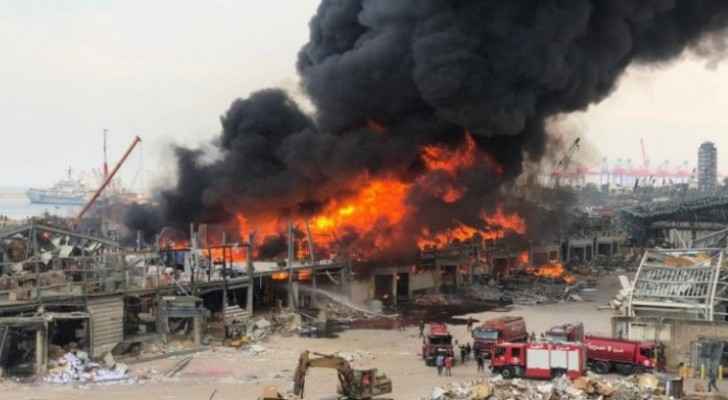 Firefighting teams have extinguished the huge fire in Beirut Port on Friday, 20 hours after it broke out, which damaged humanitarian aid.

The fire broke out at about 1:30pm on Thursday in a warehouse located in Beirut port where the International Committee of the Red Cross (ICRC) was storing aid, including thousands of food parcels, half a million liters of cooking oil and car tires.

The fire burned “part of the International Committee of the Red Cross’ stockpile of food parcels in our supplier's warehouse. With the rubble and the danger involved, we cannot determine the size of the losses,” said the ICRC.

“There is no doubt that the explosion and the fire will have an impact on the humanitarian aid provided by the ICRC, whether in Lebanon or Syria,” they added.

The civil defense teams and the fire brigade rushed to the site alond with a Lebanese army helicopter to extinguish the fire, which spread to other warehouses where more imported materials were stored.

This fire happened only a little over a month after the Beirut Port explosion on August 4, which killed more than 190 people, injured more than 6,500, and left nearly 300,000 people homeless.

Many Lebanese citizens rushed to close their windows fearing another explosion would happen.