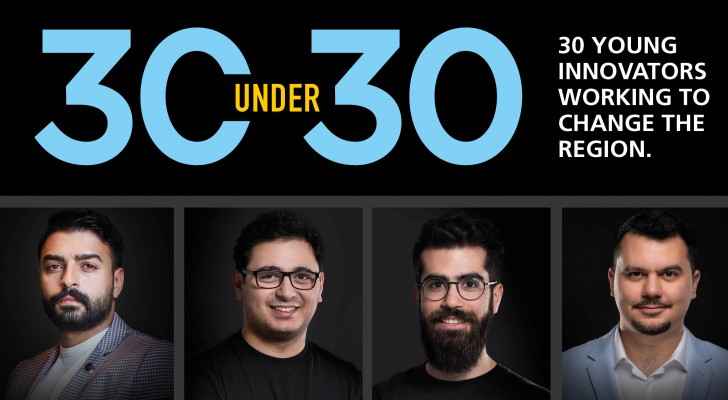 Three Jordanians were among the names on Forbes 30 Under 30 list for the year 2020 — Ali Ghzawi, Chef and owner of Alee, Ahmed Alaydie, Founder and CEO of Romex Telecom, and Zain Masri, Head of Brand & Reputation at Google MENA.

Ghzawi was MBC Arabia’s Top Chef for the year 2019 and the show’s youngest winner ever.

He currently manages Alee, a food and beverage project in Jordan, which includes a culinary centre that offers cooking lessons and demos.

Among Romex Telecom’s client base are Etisalat and Carrefour.

Masri launched an online skill building program called Maharat min Google, which has trained more than half a million people.

Masri and her team have helped Google finalize doodles for the Middle East, nearly half of which celebrated women.

The process of choosing the final list of 30 Under 30 starts with online nominations by reaching out to “universities, venture capitalists, startup accelerators, and other candidates based on [Forbes’] research to source a diverse selection of the Middle East’s most innovative founders, game-changers, policymakers, and social entrepreneurs.”

After which, a group of judges from Forbes Middle East Tech Council and other regional NGOs provide their input.

Finally after discussion, the final 30 winners are chosen and published.