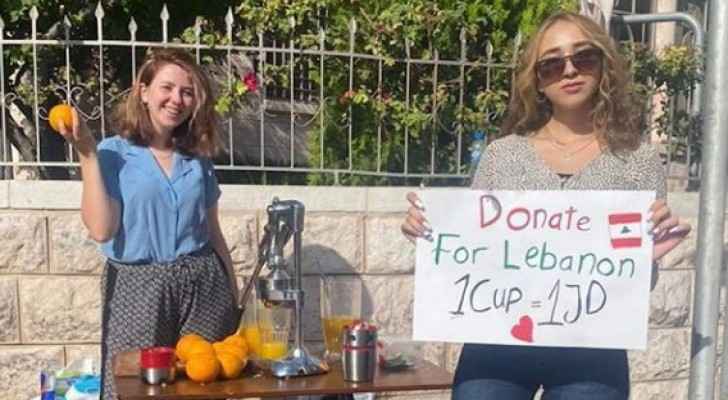 A group of women launched orange juice stands in the streets of Amman as an initiative to raise donations to help the victims of Beirut’s explosion.

Pictures of the initiative were shared all across social media platforms, and a lot of people showed support for this project.