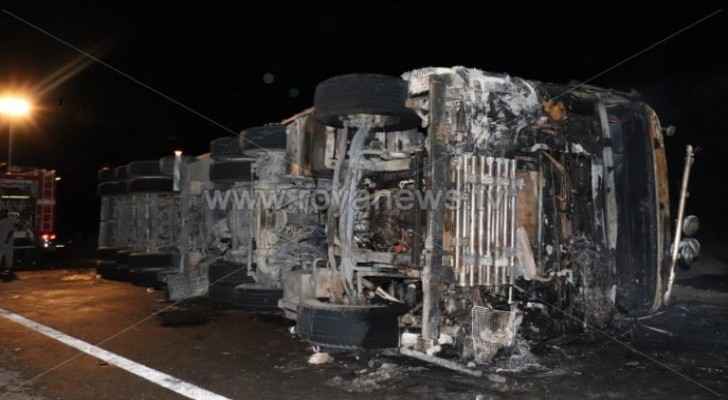 A person has died and four people were injured after two accidents took place on the Desert Highway on Thursday.

Three people were hurt as a result of a collision between freight vehicles in the Qatraneh area and were transported for treatment at Al-Qatraneh Medical Center.

The road towards Amman was temporarily closed until the necessary all obstacles were removed.

One person died and another was injured as a result of a second collision between two vehicles and two trucks in the Husseinieh area, the director of Ma'an Governmental Hospital, Walid Al-Rowad, told Roya.