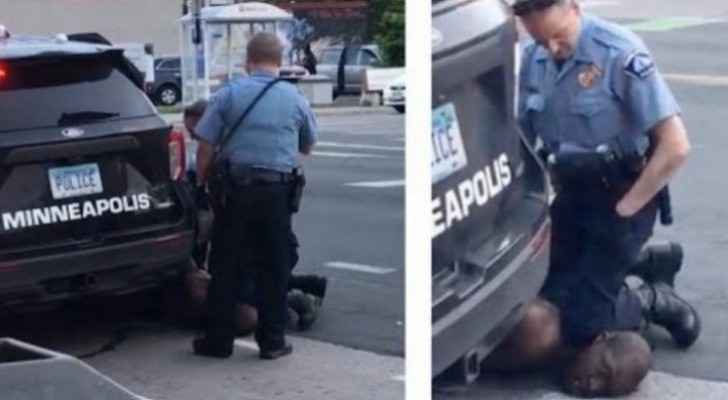 Footage from a police body camera revealed that George Floyd repeated “I can’t breathe” more than 20 times as he was dying under the knee of police officer Derek Chauvin.

The recording showed Floyd’s last words were the names of his mother and children, after which he can be heard saying that the officers will kill him.

Upon arrest, Floyd begged the officers not to put him into a police car because he was not feeling well and suffered from claustrophobia.

As the officers tried to force him into the car, he said he could not breath and that he "will die here".

In response to his pleas, the officers told him to relax and that he was doing well. The footage also showed officer Chauvin pinning Floyd to the ground under his knee.

Later in the recording, he said: "I love you, mama. Tell my kids I love them. I’m dead."

Officer Chauvin can be heard telling Floyd to “stop talking, stop yelling. It takes a lot of oxygen to speak”.

An official autopsy revealed Floyd died due to extreme pressure on his chest and neck. The death of the African American on May 25 gave rise to riots and protests all over the world.

The two officers involved in Floyd’s death were detained the following day.