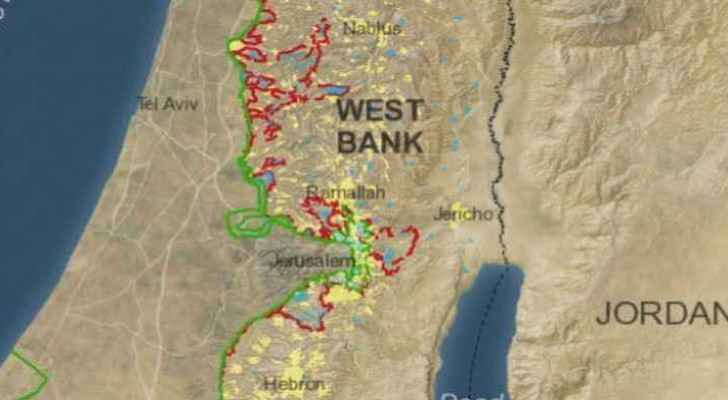 An opinion piece published on the Washington Post by Daoud Kuttab, a Palestinian journalist and former Ferris professor of journalism at Princeton University:

Even though the Israeli occupation of Palestinian lands has gone on for decades, the only times that people have really erupted in opposition to Israel have been when they have lost hope.

In every decade, something happened that delayed Palestinian eruptions. In the 1970s, Palestinians expected salvation from Arabs. The 1973 war was followed by an Egyptian-led peace process. Even though Egypt was unable to produce Palestinian peace, the fact that a leading Arab country was engaging the Israelis gave people some hope.

But in the 1980s, the Israeli war against the Palestine Liberation Organization in Lebanon meant that Palestinians could no longer expect that PLO guerrilla fighters would be able to force Israel to withdraw from occupied territories.

Having lost hope, Palestinians erupted in 1987 in what became known as the first Palestinian intifada, an unarmed popular protest that eventually led Yitzhak Rabin and Shimon Peres to agree to a process that included the gradual withdrawal of the Israeli army. But this process was halted when Rabin was assassinated by a radical Jewish zealot who was inspired in part by anti-withdrawal rhetoric. A leading anti-withdrawal advocate, Benjamin Netanyahu, would later win a razor-thin election over Peres and, despite his later loss to Ehud Barak, a serious peace process was in question.

Attempts by Barak to negotiate peace failed in the ill-prepared Camp David II summit. Palestinian hopes were dashed when then-opposition leader Ariel Sharon visited Al Aqsa Mosque compound uninvited. The visit, which was protested, was put down violently by Israeli soldiers. The failure of the peace talks and Sharon’s Aqsa visit led to the second Palestinian intifada, this time a much more violent one, that pushed everything back.

The second intifada ended with the unexplained death of Yasser Arafat, and this brought to power Mahmoud Abbas. Abbas, who was elected in 2005, ushered in a period of hope based on a strategic acceptance of the two-state solution, a watering down of the right of return, and willingness to find creative solutions for Jerusalem and for international presence (including NATO) in the Jordan Valley.

But while Palestinians were pushing for an unreasonably reasonable political solution, Israel was moving toward the far right, led by the longest-serving prime minister Netanyahu, whose political life has become beholden to the right-wing Zionist nationalists and the radical Jewish settler movement. President Barack Obama and Secretary of State John Kerry offered a window of opportunity by talks in 2014, but that, too, vanished. Kerry testified in Congress that the failure of those talks was squarely on the Israeli side; Israel had continued building illegal settlements and reneged on a promise to release much older Palestinian fighters who had been imprisoned before the peace process had begun.

The current attempts at annexing parts of the West Bank have appeared to again extinguish any remaining flicker of hope for a peaceful resolution. If a moderate Palestinian leader such as Abbas, along with a much less hostile Arab world that is willing to give Israel a veto on the right of return, can’t make peace, then, the argument goes, who can?

For the first time in decades, the majority of Palestinians no longer believe in the internationally accepted two-state solution. The majority of Palestinians are under 29 years old and can see that, if the annexation will go through, hope for a peaceful resolution will be smothered. No wonder top Israeli security experts are saying that if Netanyahu goes through with the annexation, it will cause a new violent explosion among Palestinians — or what many expect could be a third intifada.

Hope is a powerful force for good, but if it is extinguished, it can become destructive. Peace is slipping out of both peoples’ hands by forces that believe might is right and not that right is might. Israel has been able to reject doing what is right because the international community has given it a free pass. The time has come for the world to say no to injustice and to demand the end of the Israeli occupation through a serious multi-country sponsored process, and finally usher in the land-for-peace formula that can allow the existence of an independent Palestinian state alongside Israel.