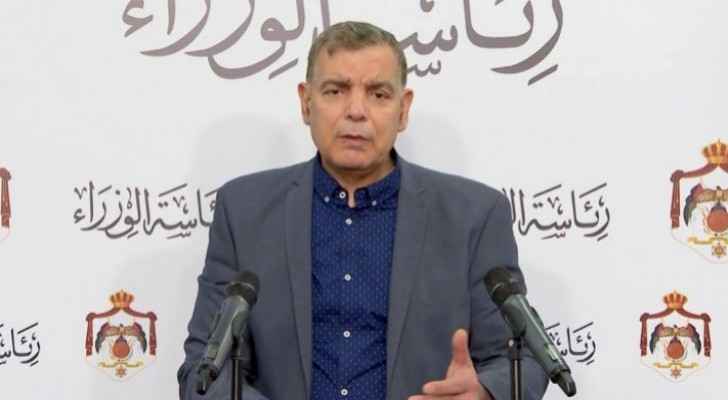 Jordan has confirmed six new coronavirus cases today, bringing the total number of cases since the beginning of the crisis to 987, the Minister of Health announced.

- Two cases found during the random testing, including one in Zarqa and another in Amman.

- Two Jordanian citizens who have returned from abroad, including one from Saudi Arabia and another from Egypt.

- One of the migrant workers at the Karamah Border Crossing in Mafraq.

No new recovery cases were recorded in the Kingdom today, Jaber stated.

Nearly 9,879 random tests were conducted today, bringing the total number of tests conducted since the beginning of the crisis to 302,502.

He said the "electronic bracelets" are slated to arrive to the Kingdom tomorrow as 300 of them will be tested for efficiency, pointing out that using technology would help in addressing and minimizing the spread of the disease, the Jordan News Agency (Petra) reported.

The Minister highlighted that the Ministry is mulling over contracting with the delivery companies to deliver medication to patients to avoid contact and to save time.

Jaber urged those who had received text messages alerting them that they may have been in contact with an infected person to head straightaway to the nearest health center or call the hot line 111.