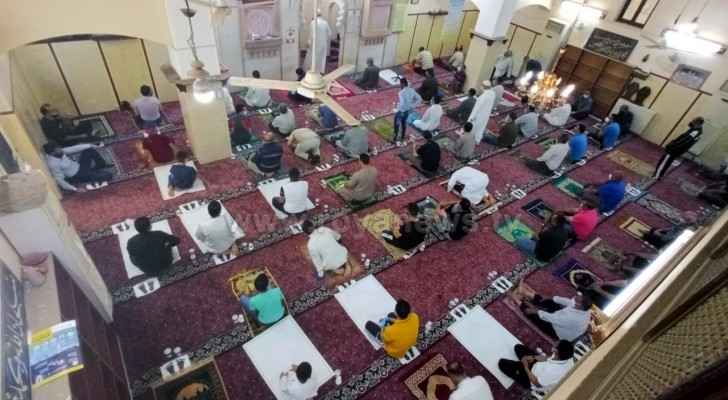 Jordan's mosques opened today for the first time in nearly three months, in light of tight measures due to the coronavirus crisis.

Jordanians went to the mosques across the Kingdom, on foot, to perform the Friday prayer.

Friday sermon was short, not exceeding 10 minutes, and was distributed to the imams of mosques in the Kingdom.

For its part, the Public Security Directorate (PSD) started implementing its community security plan to serve the worshippers, by sterilizing and sanitizing mosques, distributing public safety tools and organizing their entry to perform the prayers.

During the past days, preparations continued to equip mosques, clean them and sterilize them to receive worshipers, according to the health requirements announced by the Ministry of Awqaf and Islamic Affairs.

The Awqaf Ministry worked to provide many measures to protect the worshipers, including providing them with bags to put their shoes in, closing the water coolers, ensuring that all the doors of mosques are opened when the worshipers leave in order to avoid any crowding.