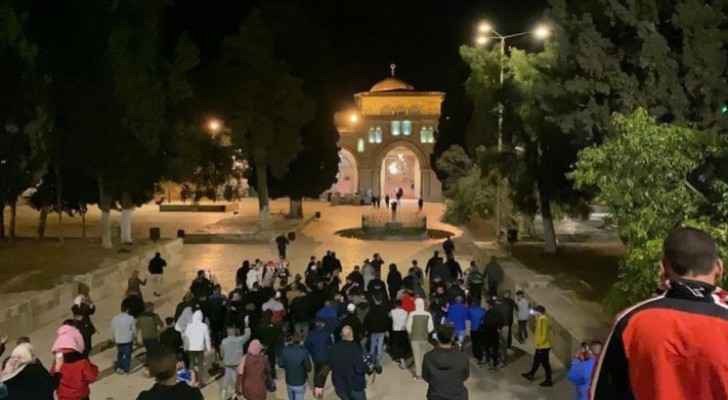 Jerusalem's Al-Aqsa mosque compound -- the third-holiest site in Islam after Mecca and Medina in Saudi Arabia -- reopened on Sunday after being closed for more than two months because of the coronavirus pandemic.

An AFP journalist said worshippers in protective masks were allowed to enter the compound in the early hours, ahead of the first prayers of the day.

Singing "God is greatest, we will protect Al-Aqsa with our soul and blood", the group was welcomed by the mosque's director Omar al-Kiswani, who thanked them for their patience.

The compound, located in Israeli-annexed east Jerusalem, closed its doors in March as part of measures to limit the spread of the deadly new disease. It houses the Al-Aqsa mosque and the Dome of the Rock, both of which were opened Sunday.

Muslims believe the Prophet Mohammed ascended to heaven at the site, which has often been a flashpoint in the Israeli-Palestinian conflict.

It is also holy to Jews, who refer to it as the Temple Mount and believe it to be the location of two biblical temples -- the second of which was destroyed in 70 AD.

On the first day of the Eid holiday, scuffles had broken out between Israeli police and Palestinians as worshippers tried to break through barriers to enter the compound.

Known to Muslims as the Haram al-Sharif, the site is under the custodianship of neighboring Jordan, which controlled the West Bank, including east Jerusalem, up until occupation by Israel in the Six-Day War of 1967.

With the number of COVID-19 cases declining, in recent days both Israel and the Palestinian territories have eased restrictions.

The Minister of Awqaf announces Friday ....