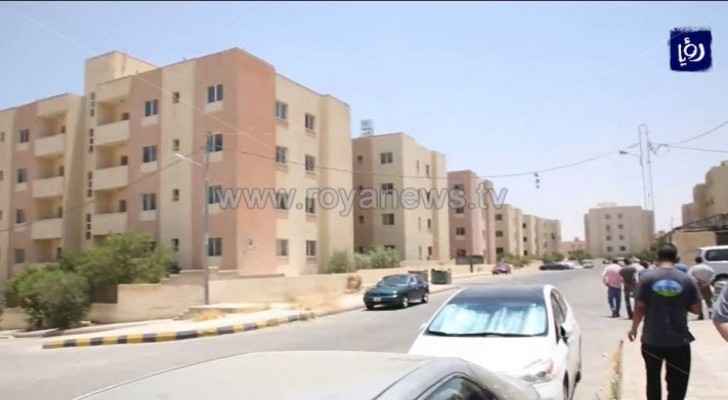 Some thirty-four underprivileged families in Ruwaished district in the Mafraq governorate on Saturday received new housing units as part of a royal initiative.

The initiative was launched by His Majesty King Abdullah II in 2005 to provide a decent housing and a stable life to families in abject poverty across the Kingdom, which are chosen according to fair and transparent standards adopted by the Ministry of Social Development.

Royal Court Chief, chairman of the committee to follow up on the implementation of the Royal Initiatives, Youssef Issawi, handed the keys of the new homes to the beneficiary families as he toured the furnished homes, which were built in line with high engineering and technical standards.

Issawi told Petra that His Majesty placed as a top priority the improvement of the living conditions of citizens, especially needy families, and that the new homes are "a translation of the royal vision to care for these families and secure a decent life for them in a safe and healthy environment."

Explaining the standards for the choice of beneficiaries, Social Development Minister Basma Ishaqat said that the number of household members, their income and health condition are taken into consideration, adding that persons with special needs are also targeted by the housing initiative.