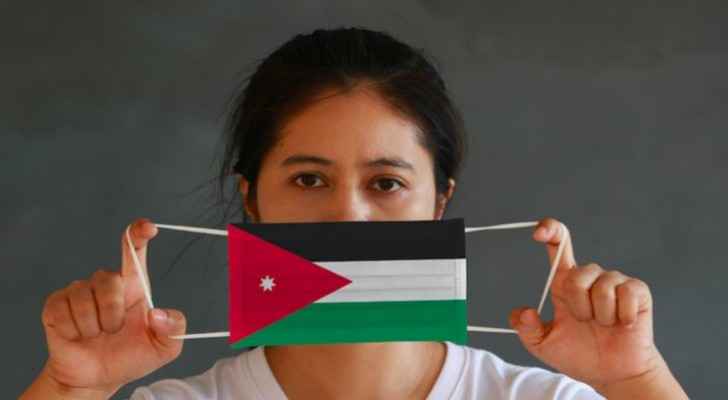 Jordan has confirmed 16 new coronavirus cases today, bringing the total number of cases since the beginning of the crisis to 700 according to a statement issued by the government and the Ministry of Health.

- Seven people returning from the United Kingdom, UAE and Canada. Three of them are quarantined in the Dead Sea area and four in hotels in Amman.

-Two truck drivers of Arab nationalities, who were tested at the Al-Omari border crossing between Jordan and Saudi Arabia and were sent back to their home countries.

-Four people who had direct contact with the infected truck driver in the Jawa area, south of Amman.

-One person who had direct contact with the Mafraq truck driver.

-Two persons in Zarqa governorate who contracted the virus from infected people who were in contact with the Mafraq truck driver.

According to the statement, four recovery cases were reported today, including three at Prince Hamzah Hospital in Amman and one at King Abdullah University Hospital in Irbid.

The statement also indicated that there are 169 COVID-19 patients receiving treatment at the hospitals, including 54  at King Abdullah University Hospital, 84 at Prince Hamzah Hospital and 31 at Queen Alia Military Hospital.

A total of 2, 657 random tests were conducted today, bringing the total number of tests conducted since the beginning of the crisis to 159, 320.

The process of evacuating the returning citizens from abroad, who completed 17 days in the precautionary quarantine in the Dead Sea region, began today, where 2, 770 people will be evacuated over three days, after which they will be subjected to home quarantine for a period of 14 days.

The third phase of repatriating Jordanians stranded abroad will start on June 6, where flights will include Bahrain, Kuwait, Abu Dhabi, Dubai, Riyadh, Muscat, Cairo, Qatar, Istanbul, Khartoum and Armenia Armenia, according to the statement.

In cooperation with the Crisis Cell at the National Center for Security and Crisis Management, the Ministry of Foreign Affairs and Expatriates will launch on Sunday, May 24, an online platform (safelyhome2.gov.jo), through which Jordanians wishing to return home by land or sea can submit applications even if they have registered before. The platform will be available for three days, until May 27, and includes options that facilitate citizens' registration process and subsequent procedures.

The previous platform (safelyhome.gov.jo) will be reactivated again for those wishing to return by air.

Regarding children of Jordanian women, wives of Jordanian men, and holders of temporary Jordanian passports, applications can be submitted directly through Jordanian embassies in the countries in which they are located.

The priority will be to students, those who are stranded, and those who have lost their jobs due to the repercussions of the corona epidemic.

The government has urged citizens to download the Aman.jo application launched by the Ministry of Health, which helps to accelerate the detection of coronavirus cases in early stages, by informing the user if he had contact with an infected person and sending him alerts to report that.

The app is based on advanced technology that has been programmed through the application by Jordanian experts and with certificates of international companies that volunteered to serve the community.

The idea of this application has been applied in many countries of the European Union, such as Germany, France and Britain.